I had no idea that the "woke" pandemic had invaded the sphere of romance novels;  but here's one that made me blink. 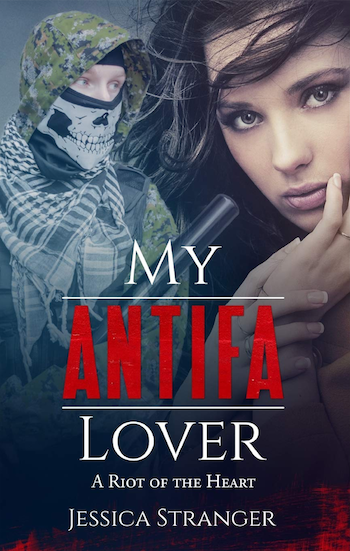 The sub-title on its Amazon page is "Steamy Romance Against Fascism".  I wasn't aware that, when in the throes of "steamy romance", one had any time (or inclination) to be against (or for) anything except the immediate consummation thereof…  but perhaps my younger days weren't typical of the modern generation.

A young congresswoman falls in love with a daring masked protestor in Seattle, Washington. After encountering him at a non-violent burning down of a federal building she can't tell what is hotter, the fire or her feelings developing for him.

Commenters are having a wonderful time.  Examples:

Sorry… reading them, I burst out laughing all over again.

Einstein once said: "There are only two infinite things: the universe and human stupidity, and about the universe I'm not really sure". This book proves him right...

If you put a really high price on your "woke" SF book, you might do OK selling two or three copies.

"non-violent arson"
It isn't bad when they do it.

That's the kind of thing you look at and say "This has to be a parody."

Even the positive reviews are shockingly harsh.

Maybe the attack-reviewers have learned that scAmazon tends to 'disappear' 1 star ratings.

I think I only saw one possible real positive review, and that was for the cover art to shock the parents.