There's another rich harvest from the blogosphere this evening.


The Atomic Nerds, Labrat and Stingray, start us off tonight with not one, but two excellent articles. The first deals with Sex, Gender, Biology and Society, and the second addresses behavior patterns in a relationship that raise a red flag. Both make excellent and useful reading, particularly if one has to educate others (i.e. teenage children) in these subjects.


Readers may be familiar with Francis W. Porretto, who used to blog at Eternity Road. That blog came to a sudden halt this week, due to unforeseen circumstances, but he's already back in the blog-saddle at Liberty's Torch (with frequent excursions to Musings Of An Indie Writer, where he discusses his books). Mr. Porretto, I'm glad you're still with us. (He advised earlier that anyone wanting copies of archived posts from Eternity Road should contact him for more information. I suggest you do so via a comment at his new blog-home.) 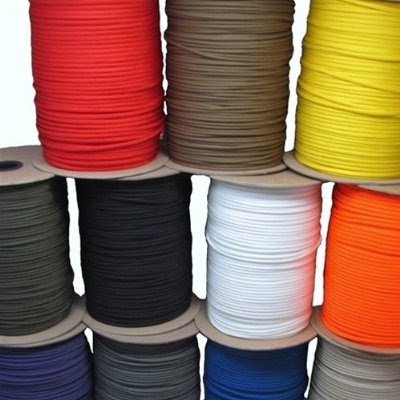 The next article isn't from a blog, and isn't really an article either, but it's still very useful. I've had many uses for military paracord (also known as 550 cord) over the years, but I've found it very difficult to get hold of the genuine milspec product - most of what's sold commercially is an inferior imitation of the real thing. As Wikipedia points out:

While some commercially available paracord is made to specification, even when labeled as such a given product may not correspond exactly to a specific military type and can be of differing construction, quality, color, or strength. Particularly poor quality examples may have significantly fewer strands in the sheath or core, cores constructed of bulk fiber rather than individual yarns, or include materials other than nylon.

Someone asked at Bladeforums how to identify and obtain the real stuff, and a very interesting discussion ensued. In particular, check out the response by user ArJunaBug, who analyzes in detail the differences between military and commercial versions, complete with photographs. Essential reading for those wanting to buy the genuine article - and everyone, repeat, everyone should have an emergency supply of paracord. It's as indispensable as duct tape and a good knife!


MSgt. B. describes (in cartoon form) the life of a software engineer. Having had that title in a former, more commercial existence, it made me grin.


Dustbury points out that the Jeep brand appears to be a curse on whichever car company acquires it. Here's an excerpt.

At the conclusion of WWII, Willys-Overland and Ford fought it out over who owned the Jeep design … a court ruled that the rights to the Jeep name and design were owned by Willys-Overland. Although the Jeep sold well in the post war years for Willys-Overland, they struggled with the rest of their auto business, and in 1953 Willys-Overland was purchased by Kaiser Motors.

The Jeep sold well for Kaiser, but the rest of their car biz sank like a stone. In 1963 Kaiser renamed itself Kaiser-Jeep. Business only got worse for Kaiser-Jeep through the 60′s, so in 1969 Kaiser-Jeep was acquired by AMC.

The Jeep sold well for AMC, but their car biz went from bad to worse during the 70′s, and in 1979 AMC was purchased by Renault.

More at the link. It's certainly thought-provoking enough to make a canny investor think twice before buying the Jeep brand name, if Fiat ever spins it off from Chrysler!


'Saturday's Warrior', blogging at Simply Because It Is, reminds us about "Men's Rules". Politically correct, they ain't!


Og, the Neanderpundit, claims to have been outsmarted by a worm. I'm not sure I'd have admitted to that in public, but hey, to each his own . . .


Courtesy of a link by the Feral Irishman, we find a lovely series of pictures of '105 [of the] world's most amazing and famous waterfalls'. I was particularly pleased to find some of those I remember from Southern Africa, including the Augrabies Falls: 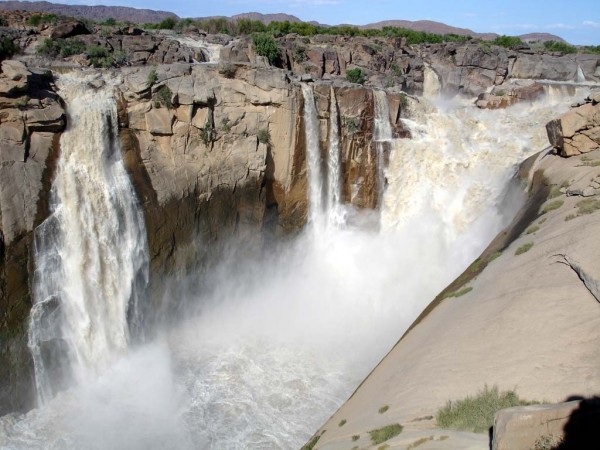 and the awe-inspiring Victoria Falls, known to the locals as "The Smoke That Thunders", Mosi-wa-Tunya. The reason for that name is clear from this aerial image, courtesy of Wikimedia Commons: 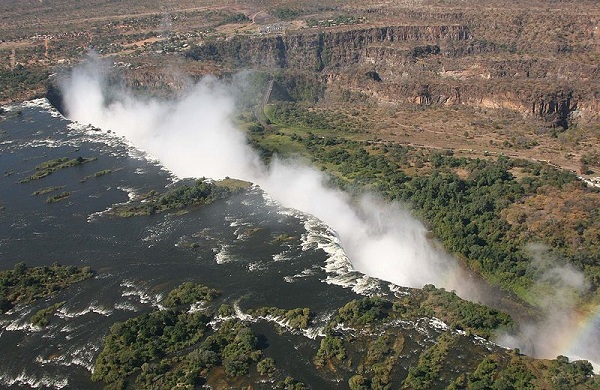 There are many more pictures at the link. Recommended.


Tamara examines the dilemma of what to do when one comes across a group of minors engaged in a crime. Effectively, it's a no-win situation, no matter what you do! She's rendered us all a public service, in my opinion, by making us think about it before we might be confronted with that reality.


Walter Russell Mead points out that the irresistible force that is Big Brother Health Care (and other grandiose schemes of the moonbats) is running headlong into the immovable object of a lack of funds to pay for it. Here's an excerpt.

... the health care law’s troubles shed some further light on the crisis of American progressivism and the blue social model it has built. Those who believe in the blue model and want to extend it have lost their touch; the dream machines of the blue social engineers don’t sail serenely across the azure sky anymore. Think of the various carbon exchanges and environmental planetary schemes; think of high speed rail proposals like California’s $100 billion train to bankruptcy; think of Obamacare. These days the experts, “social entrepreneurs” and smart young blue twenty somethings fresh out of the Ivy League whomp up social programs with as much verve and dedication as their New Deal and Great Society predecessors, but the new Dreamliners don’t take off. At most they roll around the runway, emitting clouds of noxious smoke; wings fall off, windows pop out, turbines misfire and the tires go flat.

This is a horrible piece of legislation — as misbegotten and useless to its friends as it is menacing to its enemies. The question is: why? Why did the blues write such a bad law? Why, given a once in a lifetime chance to pass a program that Dems have longed to achieve ever since the New Deal, did they craft a sloppy mess that nobody understands and few admire, and then leave their law so unnecessarily vulnerable to constitutional challenge?

The answers tell us much about why blue progressive thinking is losing its hold on the body politic — and why blue methods generally aren’t working as well as they used to.

More at the link. Entertaining, but also very pertinent and timely reading.


Educated & Poor brings us a lovely series of out-takes, bloopers and flubs from the movie My Man Godfrey. Great fun!


And last, but by no means least, Firehand discovers what the term 'service' means when it's part of the title of a government agency. Oops!

Another link from Peter!