A rather 'different' aviation-related art project is on display in Arizona until the end of May. DesignBoom reports (without using much in the way of capital letters): 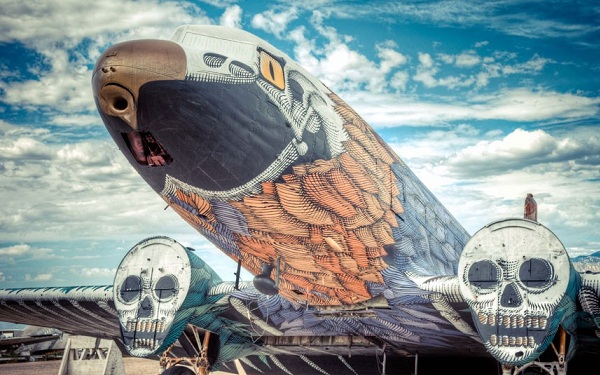 in 'art from the boneyard: return trip', how & nosm, retna, andrew shoultz, faile, and nunca, among other creatives, journeyed to a 'bone yard', a large resting space for planes in disuse, in order to complete the five massive mural paintings on the bodies of retired aircrafts. 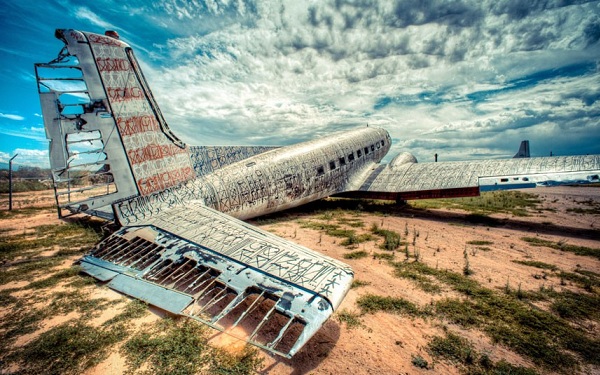 the tradition of using the massive surface of a plane as a canvas has been a tradition in the united states air force for generations. 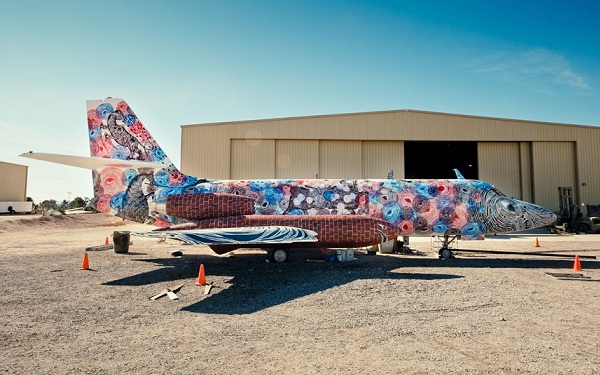 'nose art' became a popular form of graffiti painting in the WWII era as soldiers decorated the fronts of the planes which would carry them into battle. 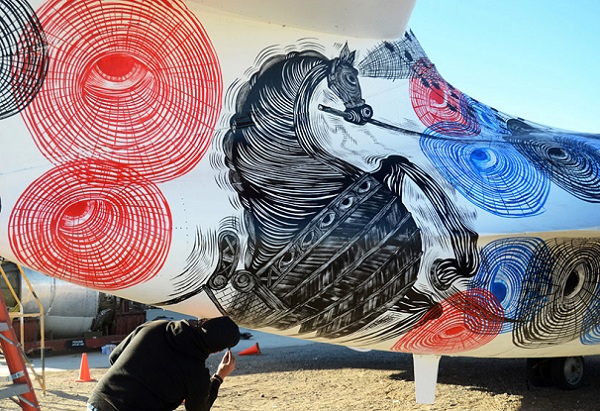 'the boneyard project: return trip' is the second installation of the series in which the artists created a semi-sculptural, painted expression of his/her associations with the history of air travel and warfare.

There's more at the link. Many more images may be found there, as well as in this photo gallery hosted by the Telegraph in London.

(For those who aren't familiar with it, the term 'boneyard', in this context, refers to a US Air Force aircraft and missile storage and maintenance facility in Arizona. You can read more about it here, and a large satellite image of the place (storing at this time over $22 billion worth of older aircraft) may be downloaded here. It's big enough to use for computer wallpaper, if you wish.)

Here's a video report on the Boneyard Project, including comments from some of the artists involved.

It looks like a very interesting art project. If any of my readers are in the area, or travel there, and get to see it, please let us know your impressions in Comments.

At least they are painting them not going for the graffiti look!