"Brains: The Mind As Matter"


That's the title of an exhibition at the Wellcome Collection in London, UK that opened last week and will run until June 17th. Culture24 reports:

“It’s lovely, isn’t it?” a Wellcome Collection staff member said as I left. Then he checked himself: “Well – not lovely, really. Interesting.”

Brains: The Mind As Matter is many things but, agreed, lovely is not one of them.

Having said that, some of the exhibits are beautiful. The first exhibit in the show is an image of artist Katharine Dowson’s brain, lasered onto lead crystal glass.

The delicacy of both this piece and Pablo García Lopez’s silk digital animation, A Very Big Brain is Coming, is at odds with the comparatively lumpen, but no less interesting, models in the first main section, Measuring/Classifying.

This section looks at the rise of phrenology and anthropometry – disciplines that perhaps tell us more about societal prejudice than they do about brain function.

The work of 19th and 20th century psychiatrist and phrenology proponent Bernard Hollander includes a drawing of the skull of a “cruel and violent” prostitute, used to validate Hollander’s theory that certain skull shapes denoted unsavoury characters.

Visitors can also see examples of anthropometric data collection in Empirical India and the work of “father of eugenics” Sir Francis Galton. These act as disturbing reminders of how the brain has been used as a prop to assert racial, social and intellectual superiority.

There are genuine preserved brains on show, including that of American suffrage campaigner Helen H. Gardener. 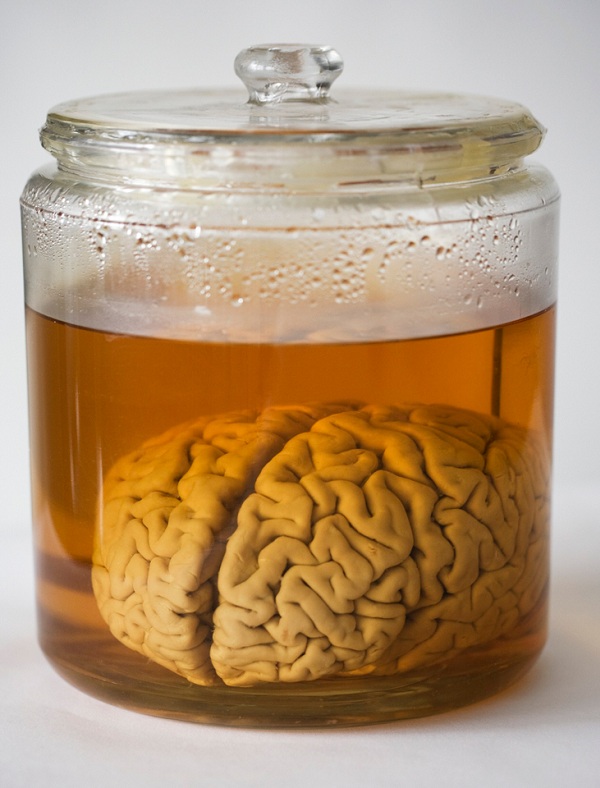 These could be disconcerting, but for the squeamish there are models and some exquisite drawings to examine in the Mapping/Modelling section.

Anatomist Vesalius’ extraordinary 1555 drawings give way to some glorious images of brain cells from groundbreaking Spanish neuroscientist Santiago Ramón y Cajal, and a compelling video purporting to map brain activity in a subject listening to music.

There's more at the link. The Associated Press reported on the exhibition as follows:

The exhibition's image galleries contain many very interesting photographs. Some might be disturbing to some viewers, such as a close-up image of a brain during surgery, but I found them all to be thought-provoking. For example, here's a 'Corrosion cast of blood vessels in the brain': 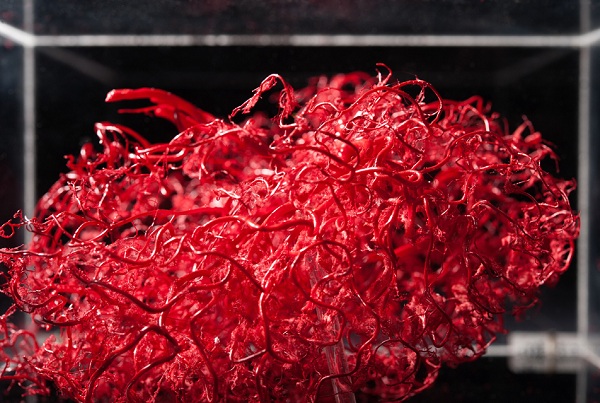 The Web site describes the 'corrosion casting' technique as follows:

The entire vascular (blood vessel) system of a whole animal or organ, down to the smallest capillaries, can be injected with liquid plastic that fills the blood space and rapidly solidifies. The surrounding tissue is then corroded away with an acid or alkaline solution, leaving a hardened cast that accurately represents the form of the original vascular system. With the finest casts made from modern low-viscosity resin, the results can be inspected with electron microscopes, and their geometry mathematically analysed.

I don't know about you, but I was fascinated to see how many blood vessels the brain contains, and the intricacy of their network. It makes it much easier to understand how a stroke or cerebral aneurysm can cause so much damage.

Apparently the Wellcome Trust sees the brain as an important field of future study. It's produced this brief background video report on the subject, which I found very interesting viewing.

The exhibition is clearly aimed at arousing public interest in and support for the Trust's ongoing activities in the field of brain studies. Kudos to them and to all participants for a very interesting and creative project. It makes me wish I could visit England to see it for myself!

I was introduced to 'glassed' brains when I moved to Montreal and my mother worked at the Neuro. Those were still the days when they had little monkeys on the very, very, very top floor in the labs. I think they are gone now. In addition to tripe, this is the one 'food' I refuse to eat. Brains, that is, not monkey. :)