I was interested to read that the Russian Defense Ministry has approved the technical design of a new main battle tank, known at present as 'Project Armata' or 'Universal Combat Platform T-99'. It's apparently intended that the new tank will serve as the basis for an entire family of combat vehicles sharing the same engine and running gear. Prototypes are expected to begin testing next year, followed by production in 2015. There are as yet no verified pictures of what the new tank will look like, although some speculative and unconfirmed images may be found here.

This is of particular interest because Russia hasn't fielded a truly 'new' tank design since the 1970's. The T-64 (which entered service in the mid-1960's) was technically very advanced for its day, but its complexity affected its reliability and required a heavy maintenance burden. It was further developed into the T-80 (1976), but issues of complexity and serviceability were never fully resolved. In an effort to address those problems, the T-72 (1970 - produced by a different design team and tank factory) was simpler and more reliable, but also less capable. It was later developed into the T-90 (1993), incorporating a fire control system based on the more sophisticated T-80. The T-90 is currently the front-line main battle tank of Russian armored forces. A proposed T-95 tank (also known as 'Object 195', said to be based on both the T-80 and T-90) was under development for almost two decades, and reached prototype form, but was never put into production. The project was cancelled last year. 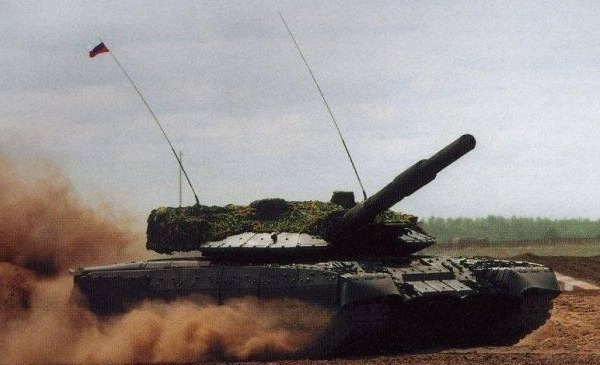 Prototype of the proposed T-95 / 'Object 195' tank, since cancelled

It's been officially announced that the new 'Armata' tank project will incorporate a remotely-controlled cannon. Indeed, it may be fitted to a completely unmanned turret, allowing for the tank's possible use as a robotic, remote-controlled vehicle in the future. If it uses the same 152mm. cannon that was fitted to the T-95 prototype, which can fire heavy anti-tank missiles as well as cannon projectiles, this would make it a formidable opponent.

Such a remote-controlled cannon will necessitate a new-generation autoloader, continuing a long-standing Soviet/Russian tradition which began with the T-64 (whereas the USA stayed with manual loading by a gunner). However, one hopes the new device will be better designed than its predecessors. As you can see from this brief video clip of the T-72, earlier Soviet autoloaders were complex devices with many protruding parts.

According to numerous sources, the T-64 and T-72 were known for a high rate of casualties among gunners and tank commanders, as the autoloader mechanism sometimes grabbed them by the nearest available portion of their anatomy and attempted to load them into the breech of the cannon. One source maintained, with a commendably straight face, that this was for many years the primary source of recruits for the soprano section of the Red Army Choir!

Ouch! That auto loader should come with a halth warning...