Thoughts on the loss of a good man


I'm not in the mood for 'general' blogging tonight. I'm still mourning the loss of Captain Carroll LeFon, a.k.a. 'Neptunus Lex', about whom I wrote earlier today. 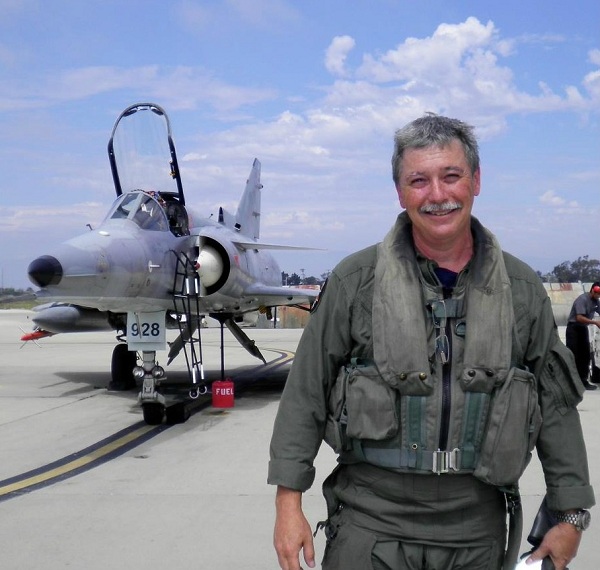 There are some people who have an innate quality of leadership, of strength. Capt. LeFon was one of them, and added to those attributes a quality of personal warmth that was most appealing. I've been blessed to know others like that (for example, I wrote about Inyati some years ago - I think he and Capt. LeFon would have understood one another immediately had they met, without the need for words, and gotten along very well together).

I'm overwhelmingly sad that such a good man should leave us in such a fashion. I don't know the particulars of what happened, of course, but I can make a reasonably informed guess, based on what I know of his previous sorties at Fallon (described in loving detail on his blog) and the picture of his crashed aircraft. The partly-deployed drogue - i.e. braking - parachute at the tail appears to me to be a possible indication of what may have gone wrong; but I guess we'll have to wait to learn the facts from the NTSB in due course.

I've lost loved ones and close friends before, and seen death all too 'up close and personal', and (as a pastor) I've had to bear the tragic news of loss to far too many families. I know how Capt. LeFon's wife, son and daughters must be feeling tonight, and I mourn with them and for them.

I urge you to take the time to read the comments left at his blog in tribute since this morning. As I write these words, there are 688 of them, and the rate at which they're being added hasn't slowed down that I can see. Capt. LeFon clearly touched a great many lives, both in person and through his blogging. In fact, if you aren't familiar with his blog, I urge you to take time over the next weeks and months to browse through his archives. They're very large, so it'll take you some time; but you'll be able to see for yourself the quality of his mind, and the fluency with which he could express himself. I hope and trust that someone will make arrangements to preserve his blog and maintain access to it, so that those of us who remember him (and future readers) may benefit from it. In fact, I hope someone looks into publishing it in book form. I believe it'll be worthwhile, and I'll gladly contribute financially to help make that happen, if necessary.

We are the poorer for Capt. LeFon's passing; but Heaven is the richer. May his sins be forgiven him, and may he rest in peace.

How dull it is to pause, to make an end,
To rust unburnished, not to shine in use!

Come, my friends,
‘Tis not too late to seek a newer world.
Push off, and sitting well in order smite
The sounding furrows; for my purpose holds
To sail beyond the sunset, and the baths
Of all the western stars, until I die.
It may be that the gulfs will wash us down:
It may be we shall touch the Happy Isles,
And see the great Achilles, whom we knew
Though much is taken, much abides; and though
We are not now that strength which in old days
Moved earth and heaven; that which we are, we are;
One equal temper of heroic hearts,
Made weak by time and fate, but strong in will
To strive, to seek, to find, and not to yield.

Me too, Peter; in fact, my funk has persisted through the night. Through my career as a pilot I lost too many wingmen, friends, and squadron-mates. Perhaps it's a function of advancing years, but I am truly tired of losses like this. Objectively I know that Lex was thrilled to be doing what he did so well. But in my heart I feel a big emptiness. Platitudes would dishonor him, so I'll abstain. But virtually every trite thing ever said about death has occurred to me since learning of the crash. Thank you for your words and thoughts.

The world is diminished by this loss, and there is a void where he would normally be.

If this is determined to be a causal factor in the crash, and given the incident that happened to Lex on Monday, I would say ATAC has a real problem with their chutes, or the deployment systems on the F-21 Kfir.

Of course it is far to early to know, but I will follow this investigation to be sure.

I had dinner last night with a Top Gun classmate of his. He had the highest praise for Lex, and remembered that he was an absolute champion at verbal jousting as well as a superb pilot. He said no one ever won a debate with Lex, no matter what the subject.

I just discovered his passing last night when I noticed that his blog had the same title on it for quite some time as I just jumped in once a month or so and then read for an hour or so.

I was startled how much it impacted me. Part of me seems to be in denial wondering why he didn't eject. The other part is, America lost a great man - and soon there won't be those men left ahead of us and it will be up to us to carry the torch they passed to us.