During this month the Harbin International Ice And Snow Sculpture Festival is under way in northern China. It's one of the great festivals of its kind in the world, and one of my ambitions is to visit it at least once before I die. 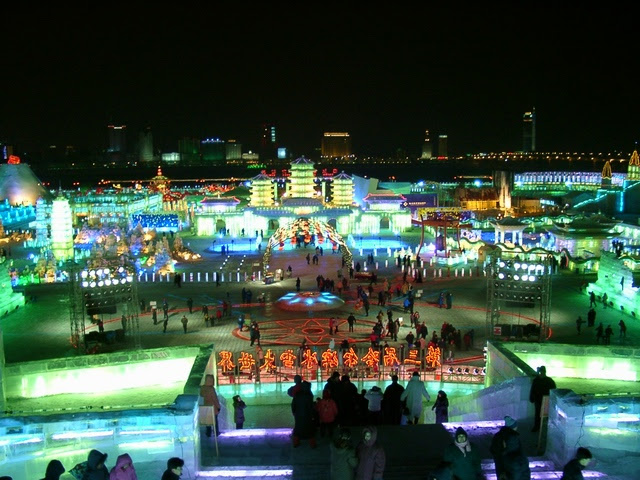 This year also sees the largest snow sculpture ever created. 'Romantic Feelings' is 115 feet high and 656 feet long, according to the Daily Mail, which also reports that there are 600 sculptors from 40 countries in this year's Festival. 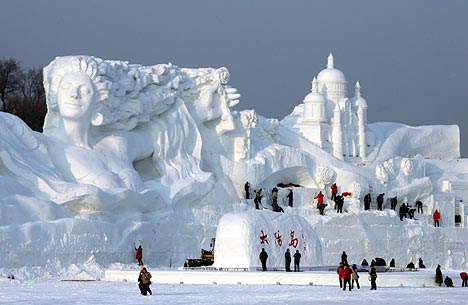 The exhibitions of snow and ice sculpture, snow buildings and other displays (many built by international teams) are breathtakingly beautiful. There are three really great collections of photographs of the 2003, 2005 and 2007 Festivals on the Web. It'll take an hour or two to look at all of them (each one has multiple pages) but I highly recommend browsing through them when you can spare the time.

Having been to Russia and seen some incredible ice sculptures there, these things are truly amazing. If only Russia and China would put the same amount of time, money, and care into protecting children in those countries, what better places they would be...
Dee