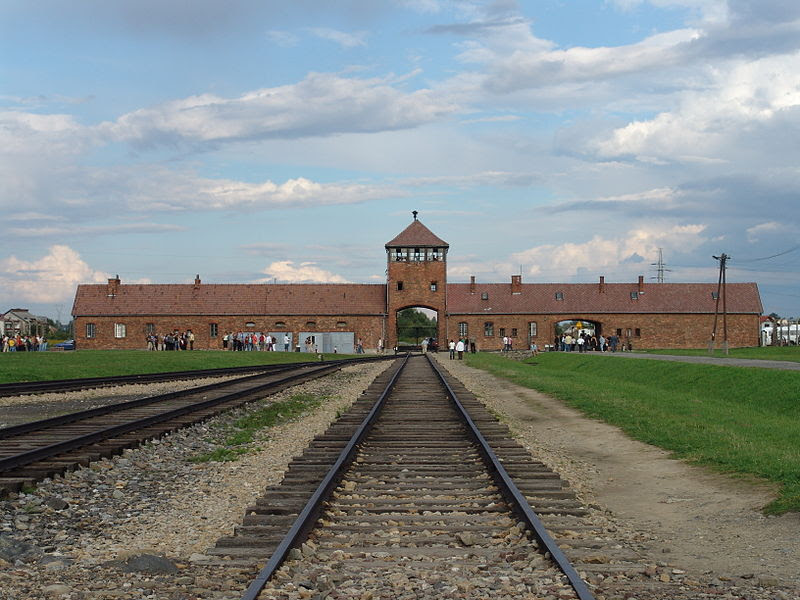 On this date, January 27, 1945, the Nazi extermination camp at Auschwitz in Poland was liberated by the forces of the Soviet Union.

In the preceding three years, something over a million people (the exact total will never be known) had been murdered there on an assembly-line basis.

They were part of approximately six million 'enemies' murdered by the Nazi regime in concentration and extermination camps, plus another six million or more (again, the real total will never be known) killed in prisoner-of-war camps (particularly Soviet prisoners) or starved to death or shot or otherwise murdered in German-occupied areas.

There were many concentration and extermination camps, but Auschwitz tops the list in terms of the sheer number of murders and the casual, almost banal brutality of its activities.

I could post links to many organizations and Web sites that describe what went on there, but I'll leave you to do an Internet search on your own. There are so many that you could spend a year reading them and not be done.

All I can say is this: if you ever get the chance, visit Auschwitz. Most of what was there now lies in ruins . . .

. . . but enough is left for you to understand.

Stand in the gas chambers.

Be silent, and listen.

Many of their souls are still there.

They have never left.

You can still hear them scream.

My Own Woman said...

A couple of years ago, my family went to Washington DC. While there we spent a great deal of time in the Holocaust museum. My heart was so heavy and during most of the museum my eyes stung with tears.

I was nauseated as I looked at all the leather shoes that were more important to the Nazi's than the human beings that marched before them. I was sickened by the fact that skin was used as lamp shades to make the lighting softer.

I stood in a train car, alone, looking around; knowing that hundreds of human beings were stuffed into these cars where only 50 could stand comfortably. I could almost smell the excretement of the people who had no other place then to releave themselves in the box car.

I wanted to scream out, "Why didn't you revolt, why did you allow yourselves to be so docile as they sent you to the slaughter.

This is one part of history we must never forget, but one part that is so hard to remember without feeling ashamed and humiliated that most did nothing to stop the annihilation of so many.

I'm afraid that going to Auschwitz for me would be too much to bear. I am a coward. I feel too much, I know to much, I want to wish all the pain away and I know that I will never be able to.