I'm intrigued to read of a lawsuit filed by the descendants of Geronimo, the famous Apache war leader.

THE activities of Skull and Bones, a secret student society at Yale University, have been kept sacrosanct by generations of "Bonesmen".

But prominent among the legends surrounding the group has been a claim that George Bush's grandfather and two other members stole the remains of the Apache warrior Geronimo during World War I. 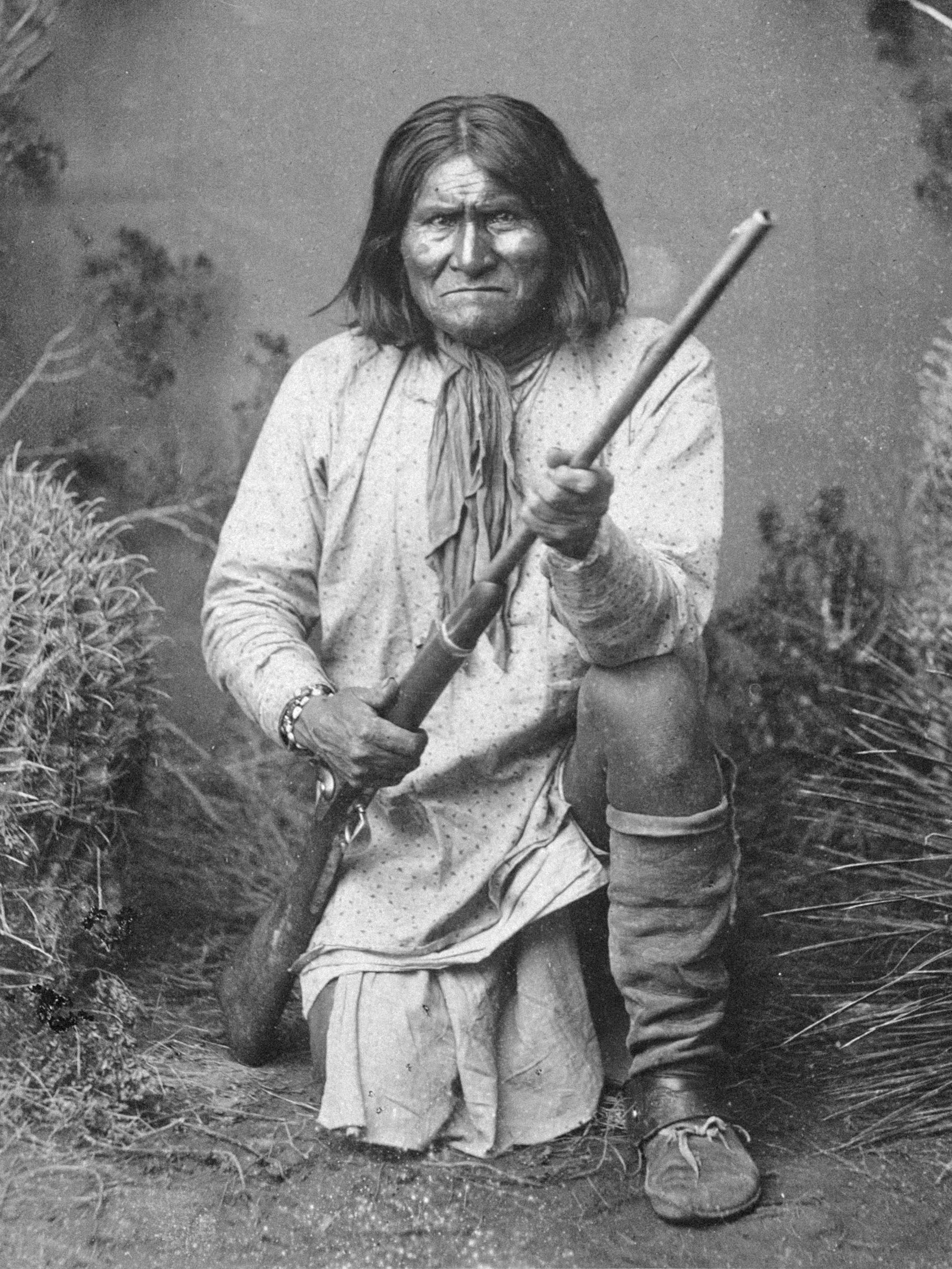 Now, the society's repeated refusal to comment on the story, or on rumours that new members have to kiss the chief's skull, have prompted an extraordinary lawsuit by Geronimo's descendants.

In a court action that names not only Yale and the society, but also President Barack Obama and Robert Gates, his Defence Secretary, 20 descendants of the famous American-Indian leader are seeking to recover his remains so his spirit can be laid to rest in his tribal homeland.

Their legal action, filed this week in a federal district court in Washington DC on the 100th anniversary of his death, will seek to determine the truth of rumours that Geronimo's burial at Fort Sill in Oklahoma was not his final resting place.

Three Bonesmen, including the grandfather of former US president George W. Bush, Prescott Bush, served at Fort Sill during World War I. The trio were rumoured to have dug up Geronimo's remains in 1918 and taken some of them back to Yale where they are supposedly still kept in the society's hall - known as the "Tomb".

The Skull and Bones, whose membership has numbered three American presidents, including both Bushes, numerous members of Congress, media leaders, Wall Street financiers, the scions of wealthy families and agents in the CIA, supposedly makes new members kiss the Chiricahua Apache's skull. The lawsuit seeks "to free Geronimo, his remains, funerary objects and spirit from 100 years of imprisonment at Fort Sill, Oklahoma, the Yale University campus at New Haven, Connecticut and wherever else they may be found".

Mr Obama and his colleagues were included in the action because Geronimo was initially buried on government land.

The remains would be returned to Geronimo's birthplace in New Mexico for a traditional Apache burial, said his great-grandson, Harlyn.

"If remains are not properly buried, the spirit is just wandering, wandering, until a proper burial has been performed," Mr Geronimo, 61, said at a press conference called to announce the suit.

Mr Geronimo, a veteran of two Vietnam War tours who became a sculptor and an actor, suspects his great-grandfather's skull is being fetishised by undergraduates in New Haven. The latest support for this claim was uncovered two years ago by a researcher at Yale. It's a June 1918 letter from one Bonesman to another, Winter Mead to F. Trubee Davison: "The skull of the worthy Geronimo the Terrible, exhumed from its tomb at Fort Sill by your club … is now safe inside [the clubhouse] together with his well worn femurs, bit & saddle horn."

Interesting, if true - and a sad commentary on the lack of respect shown to other cultures in the past. It's always amazed me, in looking back at the Indian Wars in the USA or the colonial era in many other parts of the world, how many so-called 'civilized' men and women forgot that one of the basic tenets of civilization - the Golden Rule - is supposed to be universal. "Do unto others as you would have them do unto you" seems to have been applied only when the 'others' were regarded as equals or superiors. If they were a different color, or less well educated, or had something the perpetrators wanted - land, minerals, whatever - they were treated with disdain and contempt.

If the Skull & Bones society does, indeed, possess some of Geronimo's remains, its members might like to reflect on that truth . . . and what it says about them.

I hope that if Geronimo's remains are, indeed, not in his grave, they'll be recovered and given decent burial according to the traditions of his people.

A former member who was Justice on a state supreme court was once asked about the activities of Skull & Bones. His reply was that many myths exists about that organization and he had yet to find one that was correct.

I remember this quote during the 2004 presidential campaign when the media universally condemned S&K because of the membership by members of the Bush family.