Yesterday's Doofus Of The Day award went to a proposed stadium in Qatar that looks like an unmentionable portion of a woman's anatomy.  Well, it turns out that's not the only anatomically reminiscent architecture out there.  Slate points out the existence of a neighborhood in England, and a church in Illinois, that both resemble a rather familiar shape from the air. 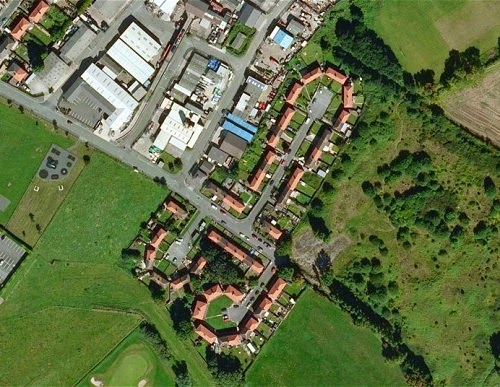 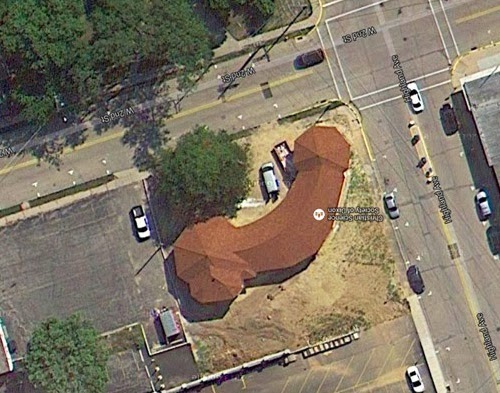 From street level, you probably wouldn't give either of them a passing glans . . .

Heh, yep the things one sees from a 'different' perspective! ;-D

There's a building complex at the Naval Amphibious Base in San Diego that forms a near-perfect swastika when seen from above.

Architectural drawings would have shown the view from above. I can only surmise that, especially in the case of the church, the designers had a rather *bent* sense of humor.

Don't forget 'the Gerhkin" in London

Google street view has For Lease signs out front of what the other signage identifies as Club Harem. Don't know what that says about the "adult entertainment" available at this particular establishment...

I saw what you did there...