I wonder if you could build boats with this stuff?


I'd never heard of 'aluminum foam', but according to Wired online magazine it's proving very useful in high-speed trains.

Engineers in Chemitz, Germany unveiled a prototype high-speed train cab made with the stuff earlier this year. The composite material is built like a sandwich: Between two pieces of aluminum, each just two millimeters thick, is a 25-millimeter-thick layer of the “foam,” actually a low-density, sponge-like composite of magnesium, silicon, and copper, and aluminum. And like a good sandwich, there’s no glue. The layers are held together by metallic bonding, the electrostatic attraction of negatively charged electrons and positively charged ions. 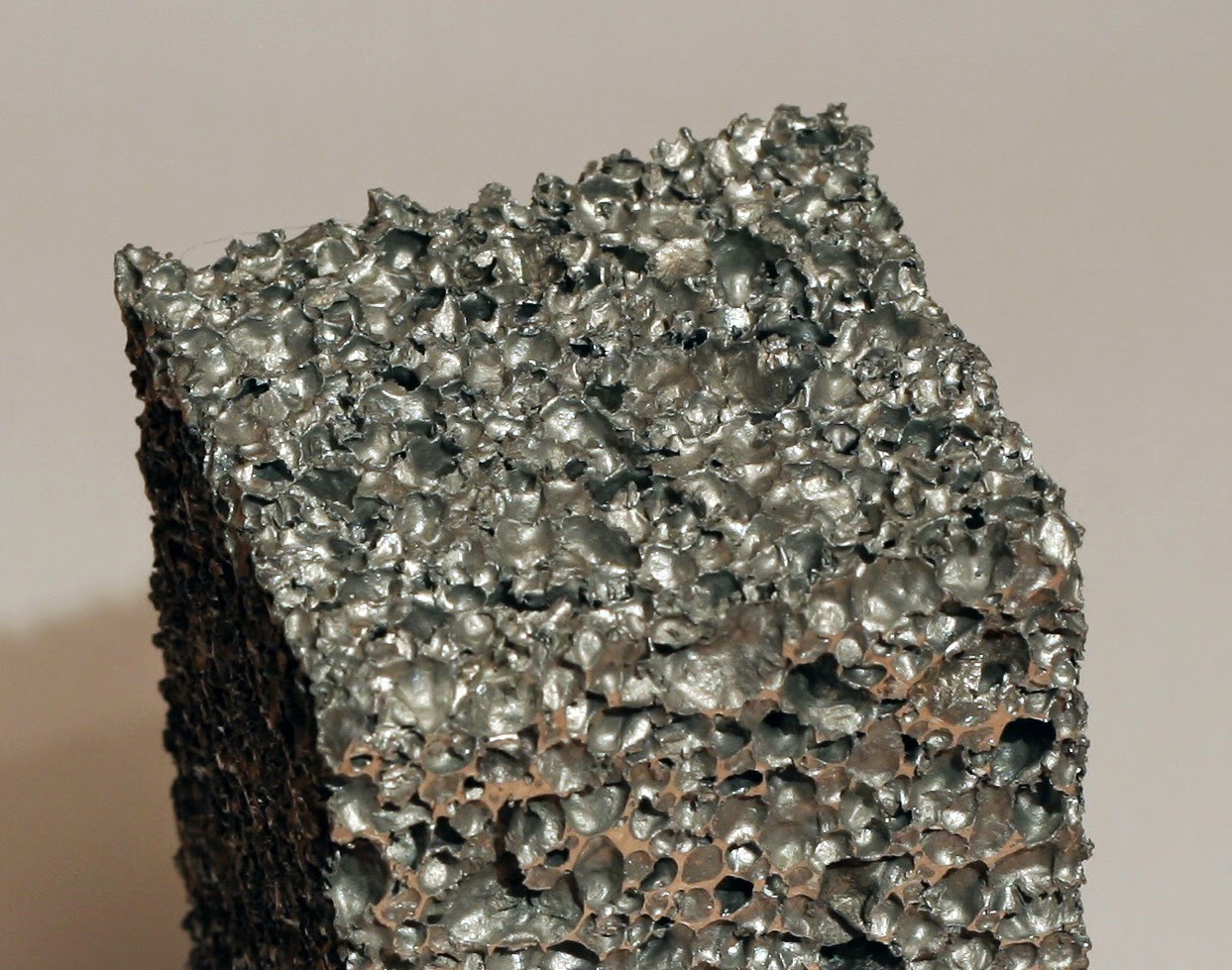 The result is a material that’s 20 percent lighter than traditional fiberglass, which is commonly used on high-speed train cabs. That’s a big advantage when the goal is to move faster and more efficiently. Even better, it doesn’t come at the cost of a weaker train. “The outer shell is so stiff that you need no ribs inside,” says Dr. Thomas Hipke, head of lightweight construction at the Fraunhofer Institute for Machine Tools and Forming Technology, which helped to design the prototype train cab. Peel tests of aluminum foam—in which force is applied to pull apart the layers of the material—destroy the foam interior instead of breaking the bonds between the layers, demonstrating the strength of the bonding.

“Aluminum foam has a very high and comfortable impact resistance, especially for small impacts like stones, bottles or just birds,” says Ralf Uhlig of Voith Engineering Services, which was involved in the construction of the prototype cab.

I wonder whether the same stuff would be useful to make boats, or RV's, or even light aircraft?  If it's as strong and as light as claimed, it might be a genuine advance in the state of the art.  What's its fire resistance like?  I know some aluminum alloys are flammable (as the US and Royal Navies found out to their cost during the 1970's), and magnesium (which burns like crazy) is listed as a component of aluminum foam, so it might be very dangerous in a fire.

Does anyone have more information about other uses for aluminum foam at present?  If so, please tell us more in Comments.  I find this sort of thing very interesting.

Yes, it likely could be used for boats, but it would need to offer a cost-competitive advantage. If the manufacturing tech were good enough, being able to make light weight AND stiff car parts would be good. for boats, making the "basic hull building material" float would be great, but it would still have to have sufficient impact resistance to deal with normal wave and dock/beach impacts. Very neat idea, one I've thought about for a long time, but it's always been a cost problem, where it's not economical compared to the alternatives.

I suspect that it would not be compatible with a saltwater environment. Unless you have a perfect edge seal, getting the insides wet would lead to a corrosion situation that could not be controlled. Any skin damage that entailed cracks or punctures would lead to the same situation.

Aluminum burns. Adding magnesium to the alloy gives you a fuel that is difficult to extinguish. Lots of racecars and WW2 aircraft have been lost due to the ignition of magnesium and alum/mag alloy components. Once it starts burning, kiss it goodby. Some racecars have burned due to driving on a flat tire in an attempt to get to the pits. Once the tire falls apart, and the wheel is on the pavement, get it hot from friction and "poof".

The concept, but with different materials, might prove effective 'armor' against shaped charge anti-tank weapons: the contrast in physical properties of the sandwich materials could diffuse the penetrating focus of the shaped charge energy.

Armor comment is intruiguing, though due to the random nature of the foam you'd get a spread of results, so no consistent performance claim.

I would think that it is at least as friends resistant as fiberglass or else they wouldn't be looking at using it. I mean why would you use something less safe if its only 20% less weight?

Looking at it from an aviation point of view the big problem would be how to determine if it is structurally sound or not? The two most common methods of NDT are ultra-sound and high frequency eddy current (HFEC). Since the foam randomly arranges itself as it solidifies it would be impossible to determine a baseline for either NDT method.

As previous commenters have noted unless the edges and any fastener holes remain perfectly sealed, moisture will enter and corrode it from the inside, which is the problem with aluminium honeycomb.

Interesting...Mercedes Lackey's urban fantasy novels (the SERRAted Edge series) are about a bunch of elves that build high-tech race cars. Due to their inability to withstand the touch of Cold Iron, they take to using different materials, and one of these was--believe it or not--foamed aluminum.

Of course, they did it by magic instead of blending alloys, but it's awesome to see life imitate art. :)