Imagine jumping off that . . .


NASA's Astronomy Picture of the Day yesterday was a spectacular shot taken by the Rosetta probe as it orbited Comet 67P/Churyumov-Gerasimenko.  The agency reports:

The ragged cliffs, as featured here, were imaged by Rosetta about two weeks ago. Although towering about one kilometer high, the low surface gravity of Comet CG would likely make a jump from the cliffs, by a human, survivable. At the foot of the cliffs is relatively smooth terrain dotted with boulders as large as 20 meters across.

Here's what the probe saw.  Click the image for a larger view at the APOD site. 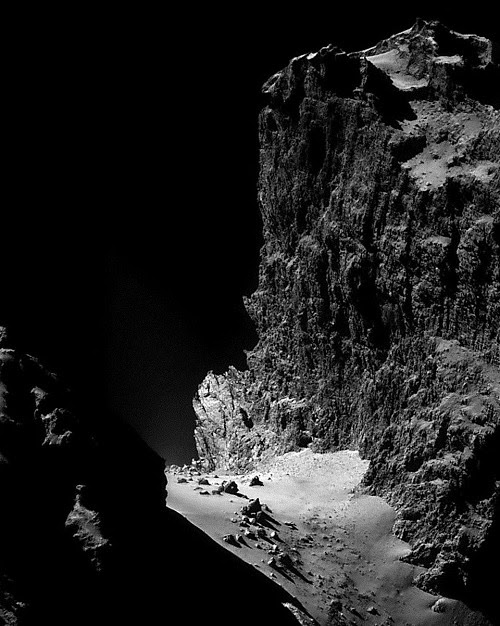 Imagine jumping off a cliff more than half a mile high, and floating gently down to the surface.  Makes me want to go there and try it . . .

thats the idea behind superman isnt it?