The first color photographs of America


Through a photo essay in the Telegraph, I was led to a book from Taschen, the well-known publishers of art 'coffee-table' books.  This one's titled 'An American Odyssey'. 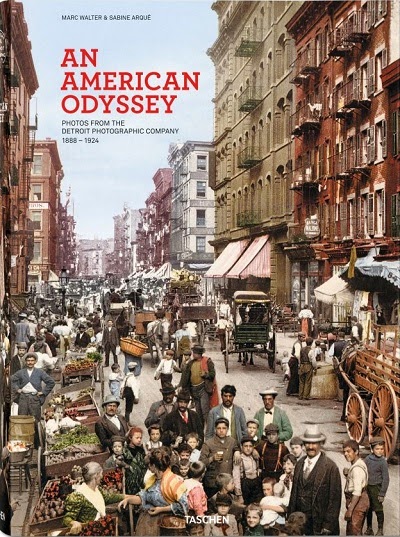 It looks to be a fascinating volume.  The blurb reads:

These rediscovered Photochrom and Photostint postcard images from the private collection of Marc Walter were produced by the Detroit Photographic Company between 1888 and 1924. Using a photolithographic process that predated the autochrome by nearly 20 years, they offered people the very first color photographs of The United States. Suddenly, the continent's colors were available for all to see. The rich ochres and browns of the Grand Canyon, the dazzle of Atlantic City, became a visual delight not only for eyewitnesses, but for Americans far and wide. 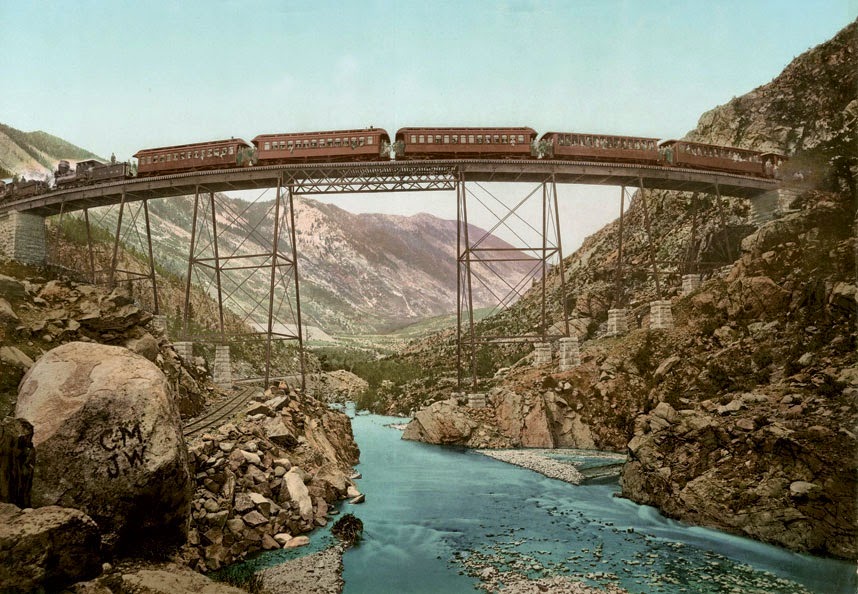 Imbued with this sense of discovery and adventure, the pictures gathered here are a voyage through peoples, places and time at once. They take us through North America’s vast and varied landscape, encounter its many communities, and above all transport us back to the New World of over a century ago. Over more than 600 pages including fold-out spreads, this sweeping panorama takes us from Native American settlements to New York's Chinatown, from some of the last cowboys to Coney Island's heyday. As luminous now as they were some 120 years ago, these rare and remarkable images that brought America to Americans now bring American's past to our present.

There's an amazing selection of pictures in the Telegraph's photo essay and at Taschen's Web site.  Here are a few to whet your appetite.  Click them for a larger view. 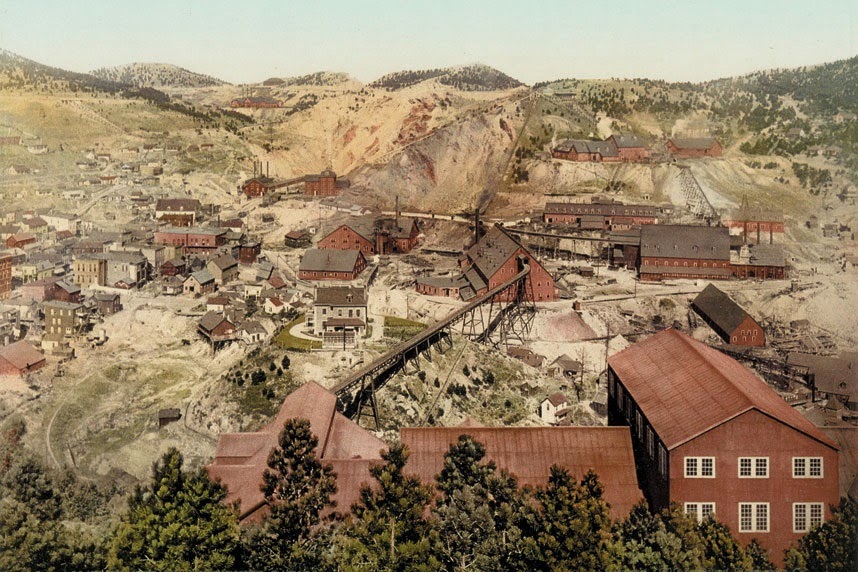 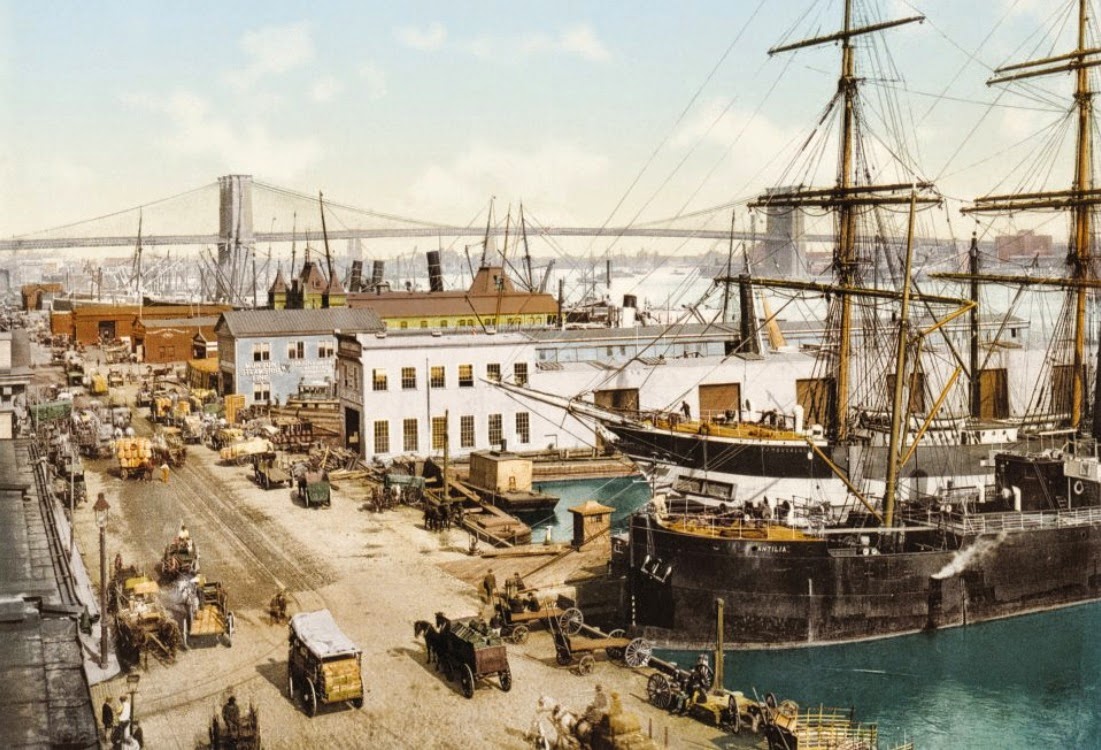 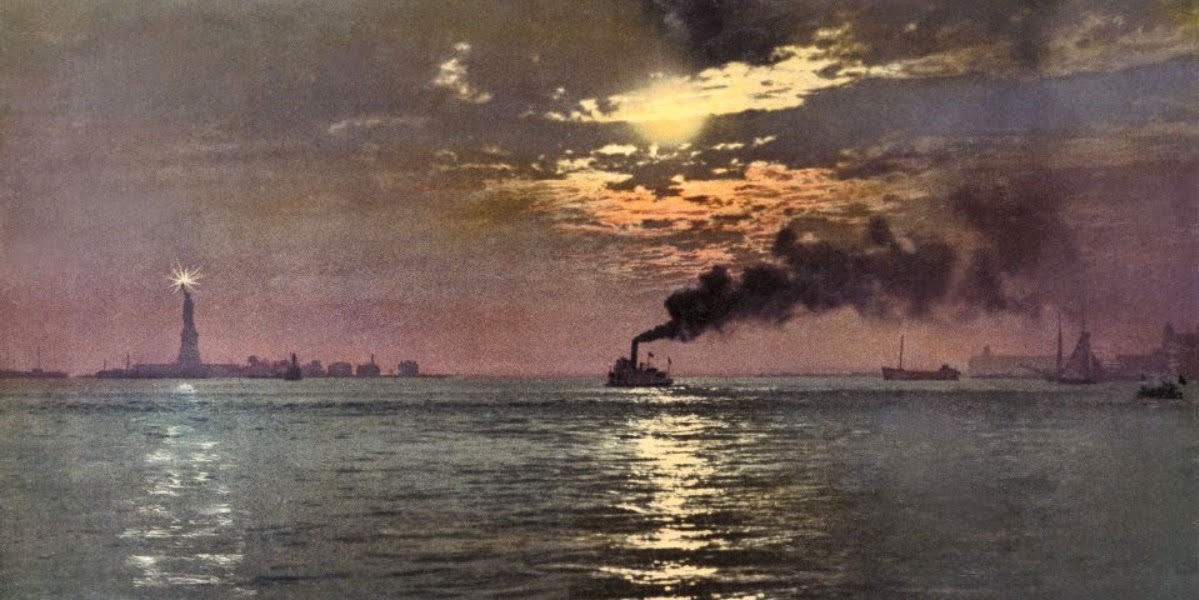 Sunset from the Battery, New York 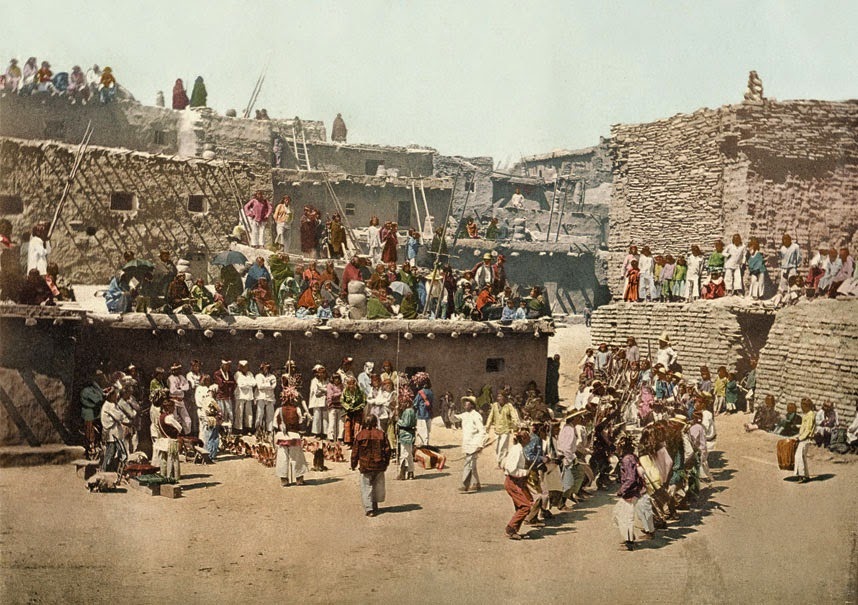 
It's a very large book, 612 pages long, measuring 11.4" x 15.6" and weighing almost sixteen pounds.  At its three-figure price, I sadly can't afford to buy it:  but it's satisfying to know that it exists, and documents for posterity many aspects of our history that would otherwise never be remembered as they truly were. 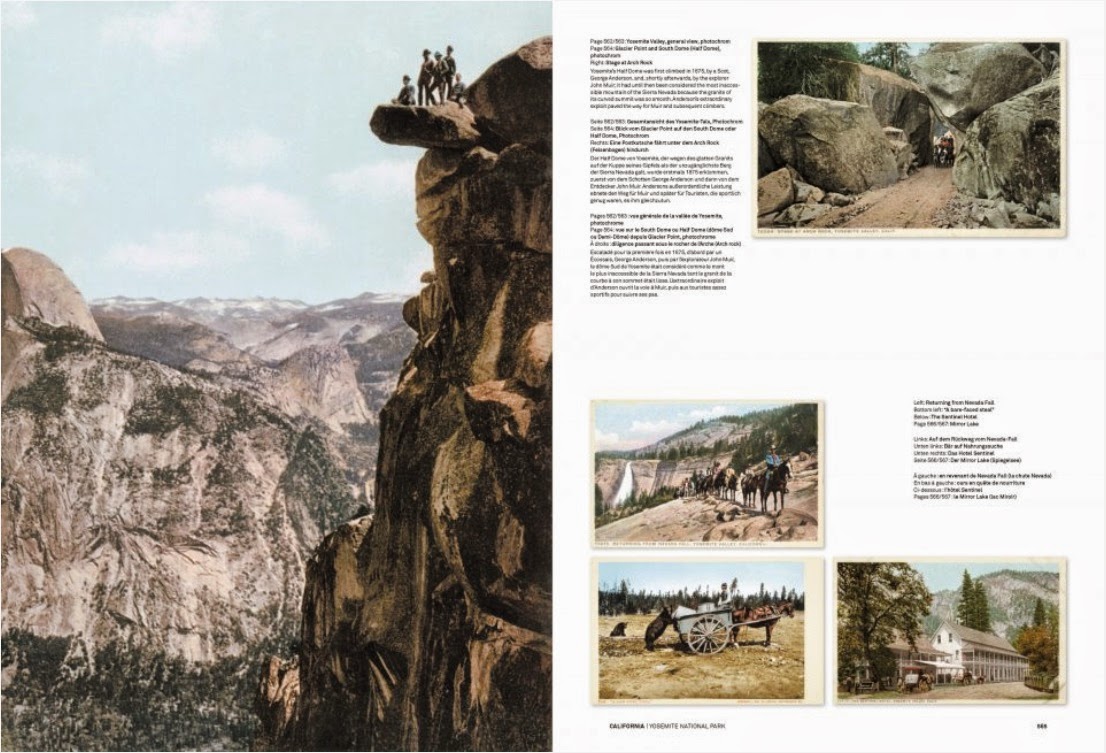 I think Taschen deserves a big round of applause for continuing its tradition of producing books that no-one else would even consider publishing.  This looks like an amazing volume.

Awesome - thank you for linking to it. To me, the sky does not appear any bluer or clearer than it does today. I would have thought 'Modern Technology' atmosphere would look dirty by comparison.

Well that is $132 bucks that just went out the door. Thanks for sharing this.