I'm amused by reports of this new book. 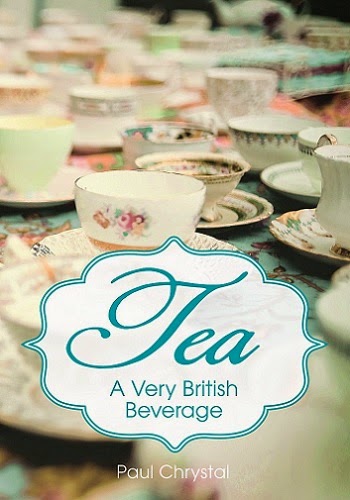 The Telegraph quotes from it:

Tea has a rich and fascinating history – as a drink, it is as old as the pyramids of Egypt and is second only to tap water as [Britain's] most popular drink.

Here are some facts:

[The British] drink 165 million cups a day, 95 per cent from tea bags; 70 per cent of [them] had at least one cup yesterday using up 25 per cent of the nation’s daily milk consumption.

Shen Nung, a toxicologist, discovered it by accident in central China around 2737 BC. Apart from thinking it a nice drink, he used tea as an antidote to 70 or so poisonous herbs. His stomach exploded after his final experiment because the tea obviously wasn’t efficacious against that particular herb.

Ireland has the highest per capita consumption of tea in the world: 75 per cent of the population are avid tea drinkers drinking on average six cups a day. In 1910 tea was considered to be a bigger public health problem than alcohol in Ireland. Russia ranks second in tea drinking – presumably to dilute the effects of vodka.

In 1822 William Cobbett wrote that tea killed pigs and leads women into prostitution, recommending a quart or two of ale instead. It makes boys effeminate and has them ‘lurking in bed’.

Now that was funny. I received
almost the same warnings on the
dangers of smoking marijuana in
a public health class I took while
in high school back in the 70's.
Namely, smoking marijuana would
lead women into a life of
prostitution, make boys effeminate
and have them lurking in bed.
Strange though, they didn't say
anything about it killing pigs.