"The Stones of Silence" is now available!


After several months of hard work, I'm delighted to announce that "The Stones of Silence", the first volume in the "Cochrane's Company" trilogy, is now available in e-book format on Amazon.com.  All three books will be published in print format in about three months' time. 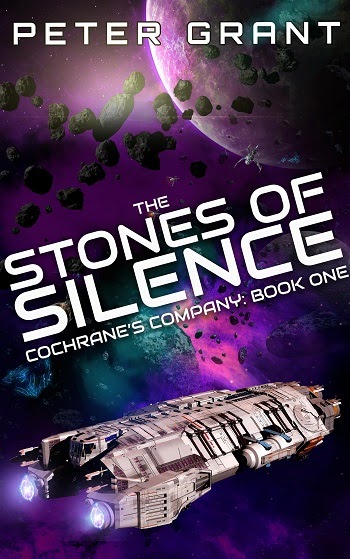 The secret is out - the Mycenae system is the hottest new mineral find in the spiral arm. Now it's about to become ground zero in a gold rush by every crooked company and asteroid thief in the galaxy.

Andrew Cochrane, with his crew of the finest veterans and cunning rogues, have an even better scheme. They've conned the owner into hiring them as a mercenary security company to defend the system. With no oversight but their own, Cochrane's Company plans to seize the richest pickings for themselves.

But nothing ever comes easy. If they want to keep their loot, they're going to have to outwit and outfight every smuggler, bandit and renegade after the same prize - and their boss, too!


Book Two of the trilogy, "An Airless Storm", will be published next month.  I put up a teaser excerpt from it here. 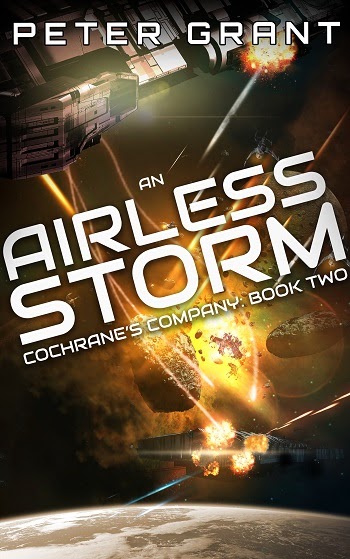 Book Three, "The Pride of the Damned", will follow in July.  Its cover is still being finalized.  I put up a teaser excerpt from it here.  As soon as all three e-book editions have been published, I'll get cracking on the print editions, which should follow within a couple of weeks.

I described the process of writing and preparing these books a few weeks ago. You might enjoy the background information. Also, yesterday, my wife, Miss D., wrote about the process of classifying and categorizing books in preparation for launching them, with specific reference to "The Stones of Silence". I have to admit, I'd never have thought about what she said, but she's right.

A big "Thank you!" to all my readers for your support and encouragement while writing this series - and to Miss D. for her unfailing support, without which I couldn't have done it.  I hope you enjoy the trilogy.  Please, please, PLEASE, leave a review on Amazon after you've read it!  Reviews are the lifeblood of independent authors such as myself.  They make an enormous difference to other potential readers, who will often decide whether or not to invest their entertainment dollars on the basis of what other readers have said about a book.

No one with a sword on these though. It's the only disappointment. :-)

I bought a copy. Haven't had time to read it yet though. Looking forward to it!

Just picked up a copy from Amazon UK. Can I ask 'After these, which is the next series to be updated?'.

@BadFrog: Next in the queue (if all goes according to plan) are:

I hope to finish at least two of those three this year, and the third either late this year or early next year.

If this trilogy launch (i.e. 3 books in rapid succession) is a success, I'm noodling over what to do in the same vein next year. I can do a fantasy trilogy, or another mil-SF trilogy. It's really a question of what my readers want. I'll probably have to put up a poll sometime.

So much for getting anything done today...

I'll pick it up tomorrow when my entertainment budget refreshes.