I'm both amused and surprised by a report from Germany.

It might not exactly be “Wind of Change” by the Scorpions, but could a self-taught whistling orangutan become Germany’s next pop superstar? The Heidelberg Zoo thinks so and is putting out a CD of the primate’s musical stylings. 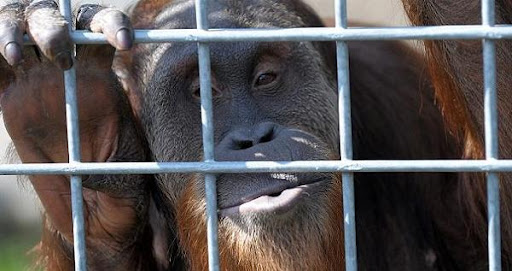 The 14-year-old Ujian is both a clever and talented fellow, according to Bernd Kowalsky. As the director of the zoo’s apes department, he’s watched the orangutan pick up whistling as a pastime over the years.

“Ujian has developed his own multiple-tone whistling technique,” said Kowalsky, who speculated that he might have been inspired by whistling members of cleaning crews or the noisy monkeys nearby.

The orangutan artiste certainly would appear to have his own motivations for pursing his lips and blowing, but a Heidelberg-based music producer decided to record his finer moments for a CD now being released by the zoo.

“I am Ujian” mixes the ape’s whistling with jungle sounds and some singing by a human. Various renditions – including a jaunty house track and a karaoke version – will go on sale in June for €3.99. 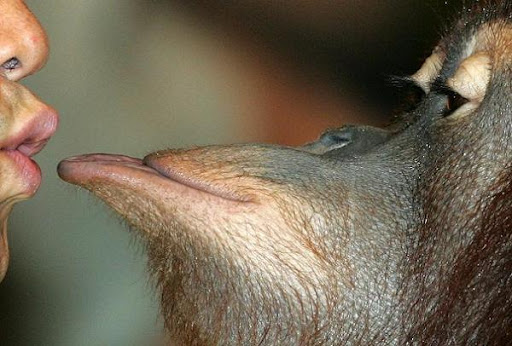 “If there are any profits it will all stay with the zoo to refurbish the ape enclosure,” said producer Christian Wolf, who spent hours putting together a catchy melody with Ujian’s work. “I’m from Heidelberg and frequently go to the zoo with my kids. I’d just be happy to help the apes.”

But the orangutan seems to have a ready-made audience just waiting for his CD.

“I’ve never seen so many people whistling in front of the orangutan cage,” said Kowalsky.

But Ujian is largely unimpressed by his human groupies – he’s more interested in using his musical skills to impress the two female orangutans that live with him.

Here's a short video clip of Ujian doing his thing. I have to admit, for an orangutan, that's pretty impressive! (I can't say it's a turn-on, but then I'm neither female nor of the same species, so who am I to say?)

What's next? A simian singer?

I'm more impressed by the orangutan Karta who recently tried to break out of the Adelaide Zoo in Australia. It shortcircuited the electric fence and built a ladder to get out... but ended up going back to its enclosure when it saw the guards with guns(tranquilizer) preparing to shoot it from up on the wall.

>What's next? A simian singer?<

I'm with Mikael on this one. I worked at Zoo Atlanta for a couple of years and saw how smart, and strong, the orangs are.

Here's how one of the keepers explained the intelligence level of zoo primates to me: If you leave a screwdriver where a gorilla can get to it he'll avoid it for a long time because he doesn't know what it is, then he MIGHT inspect it, but will eventually lose interest. If you leave one where a chimpanzee can get to it he'll pick it up, play with it, and use it in every way EXCEPT that for which it's designed. If you leave one where an orangutan can get it he'll hide it until all humans are gone, then he'll use it to dismantle his enclosure.