Several years ago, the Hubble Space Telescope photographed the so-called 'Ultra Deep Field' - galaxies over 13 billion light years distant from Earth. The light we see from them dates back to the early days of the universe. 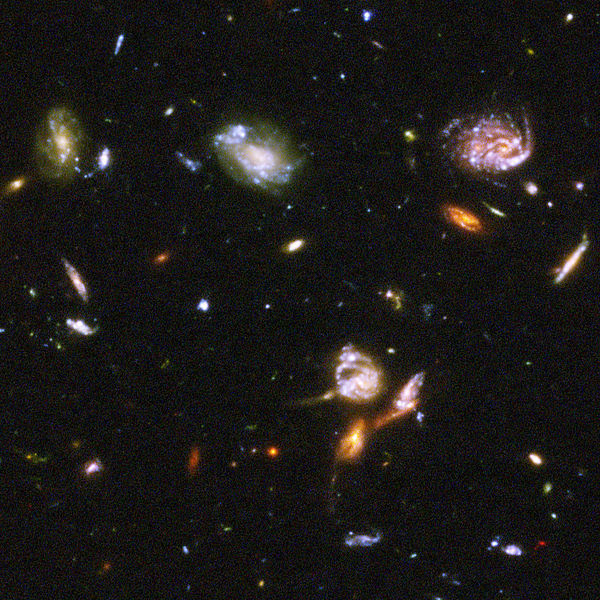 Now these pictures have been put into a three-dimensional animation, showing the thousands upon thousands of galaxies that occupy what was previously thought to be empty space. It's pretty amazing to look at it, and reflect that each of those dots and lumps of light comprises a galaxy the size of our own Milky Way. Each contains hundreds of millions of stars . . . and each of those stars might have planets of its own . . . and right now, uncounted millions of light years away, some entity might be standing on one of those planets, looking at his own space telescope's portrayal of the equally-distant-to-him Milky Way galaxy, and wondering whether we exist!

Watch the video for yourself, and I dare you to tell me you can do so unmoved!

Its a pretty nice universe, too bad we'd generally make such lousy neighbours in it.

Humbling indeed. And we're supposed to believe that amidst all those, we are the only ones with sentient, supposedly intelligent life? Right...

I have wondered if we are minute particles in the body of God.