A puzzling and remarkable story


EDITED TO ADD: With information provided by a commenter on this article, I've written a follow-up post which questions some of what is said here. Please read the follow-up post before making up your mind.)


I don't know what to make of this news report. Read the extract below and judge for yourself.

The agonised screams pierced the air. 'Plane on fire! Airplane crash.' In the dark, a two-year-old boy was just visible, writhing on his bed in the grip of horror. 'He was lying there on his back, kicking and clawing at the covers like he was trying to kick his way out of a coffin,' remembers the boy's father.

'I thought, this looks like The Exorcist. I half expected his head to spin around like that little girl in the movie. But then I heard what James was saying.'

Over and over again, the tiny child screamed: 'Plane on fire! Little man can't get out.'

For his shocked parents, these nightly scenes were traumatic.

For experts, they were baffling.

As the nightmares became more terrifying, the child started screaming the name of the 'little man' who couldn't get out of the plane. It was James - like his own name. He also talked in his dreams of 'Jack Larsen', 'Natoma' and 'Corsair'.

James Leininger's father, Bruce, was flummoxed. In a desperate attempt to find an answer to his son's troubled nights, he embarked on an obsessive three-year research project, armed only with the outbursts and names his son had been shouting in his disturbed sleep.

What he discovered astonished and perplexed him, and drove him to an extraordinary conclusion.

A lifelong Christian, it was not the answer he had sought for his son's behaviour. But he came to believe James was the reincarnation of a World War II fighter pilot; a man who had been shot down in his plane and struggled to escape as it caught fire; a hero.

The idea seems so preposterous as to be unbelievable. Yet in their new book, Soul Survivor: The Reincarnation Of A World War II Fighter Pilot, Bruce and his wife, Andrea, lay out some compelling evidence.

It all began on May 1, 2000. James, just three weeks past his second birthday, was a happy, playful toddler living in an idyllic home in southern Louisiana. That night, his mother was woken by his screams. She held him in her arms as he thrashed around.

Soon, however, James was having five nightmares a week. Andrea was worried. Her little boy began to talk during his bad dreams, screaming about an airplane crash and writhing as if he were trapped in a burning aircraft.

At a toy shop, they admired some model planes. 'Look,' said Andrea. 'There's a bomb on the bottom.'

'That's not a bomb, Mummy,' he replied. 'That's a drop tank.' Just a toddler, he was talking like a military historian. How had he known about the gas tank used by aircraft to extend their range?

As the nightmares continued, she asked him: 'Who is the little man?'

'Me,' he answered. His father asked: 'What happened to your plane?'

James replied: 'It crashed on fire.'

'Why did your plane crash?'

'Who shot your plane?'

James made a disgusted face. 'The Japanese!' he said, with indignation.

He said he knew it was the Japanese, because of 'the big red sun'. Was he describing the Japanese symbol of the rising sun, painted on their warplanes, called 'meatballs' by American pilots?

Tentatively, Andrea began to suggest reincarnation; perhaps James had lived a past life? Bruce reacted angrily. There must be a rational explanation for all this.

He questioned his son further. 'Do you remember what kind of plane the little man flew?'

'A Corsair,' replied the two-year-old without hesitation - repeating the word he shouted in his dreams.

Bruce knew this was a World War II fighter plane. 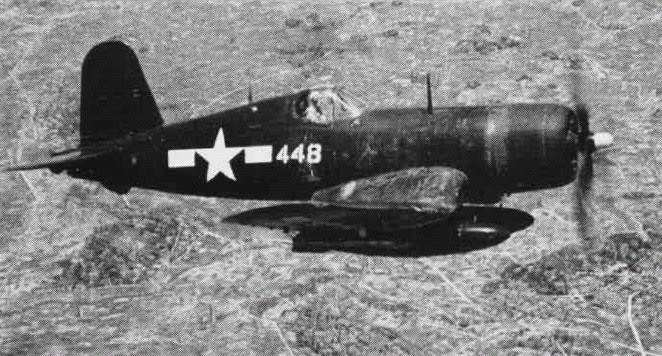 FG-1D variant of Chance Vought F4U Corsair (image courtesy of Wikipedia)
'Do you remember where your airplane took off from?' he asked.

'A boat,' said James. How did he know that these planes were launched from aircraft carriers? He asked the name of the boat.

His son replied with certainty: 'The Natoma.'

After James was in bed, Bruce researched what he had heard. A naturally sceptical man, he was amazed to find the Natoma Bay was a World War II aircraft carrier.

James even began to don an imaginary pilot's headset when his mother strapped him into his car seat. And when Bruce ordered a book for his father's Christmas present - The Battle Of Iwo Jima - James pointed to the picture and said: 'Daddy, that's when my plane was shot down.'

Bruce, who works in the oil industry, rushed into his office, where he had a dictionary of American naval fighting ships. Natoma Bay had supported the U.S. Marines' invasion of Iwo Jima in 1945.

Bruce was mystified - what was coming out of the mouth of his two-year- old? Next, the little boy named his nightmare alter-ego's best friend. He was Jack Larsen.

'He was a pilot, too,' he said. Bruce decided that he had to find Jack Larsen to prove his point to his wife - Larsen would tell him that James had invented the whole thing, and there was no such thing as reincarnation.

He decided to go to a reunion of veterans of Natoma Bay, pretending he was writing a book.

Bruce finally managed to find Jack Larsen - and uncovered an awful secret. It turned out Larsen's friend James Huston Jnr died when his plane was shot in the engine and caught fire, exactly as described by two-year-old James.

Bruce found Huston's name on the list of 18 men killed in action on the Natoma. The discovery finally made him ask: Could this be the man who inhabits my son's soul?

He sifted through a thousand combat mission reports to find where Huston had been killed.

The veterans' association reported that James Huston's father had even attended their reunions. But the old man died in 1973, never learning any specifics of his son's death.

Next, little James unnerved his father by telling him: 'I knew you would be a good daddy, that's why I picked you.'

'Where did you find us?' asked a shaken Bruce.

'In Hawaii, at the pink hotel, on the beach,' he replied. Eerily, he described his parents' fifth wedding anniversary - five weeks before Andrea got pregnant - saying it was when he 'chose' them to bring him back into the world.

Something new emerged every day. On a map, he pointed out the exact location where James's plane went down. Asked why he called his action figures Billy, Leon and Walter, he replied: 'Because that's who met me when I got to heaven.'

Sure enough, on the list of the Natoma dead, alongside James Huston, were Billie Peeler, Leon Conner and Walter Devlin. Uncannily, photos of the men showed their hair colour matched those of their GI Joe dolls.

Not long after, the family had a phone call from a veteran who had seen Huston's plane being hit. He kept his knowledge to himself for more than 50 years. He described seeing the aftermath of Huston's crash on the sea below.

'He took a direct hit on the nose. All I could see were pieces falling into the bay. We pulled out of the dive and headed for open sea. I saw the place where the fighter had hit. The rings were still expanding near a huge rock at the harbour entrance.'

Huston's plane was hit in the engine and the front exploded in a ball of flames - exactly like James's account. It explained why he always knocked the propeller off his toy planes.

For his part, Bruce has found peace after his exhaustive search for answers. He says: 'God gives us a spirit. It lives for ever. James Huston's spirit had come back to us. Why? I'll never know. There are things that are unexplainable and unknowable.'

Meeting Huston's veteran brothers in arms, little James was disappointed, saying: 'I'm sad that everyone is so old.' Did he truly remember them as dashing young pilots?

The Leiningers eventually went to drop a bouquet of flowers at Huston's ocean grave, making the long voyage to Japan. 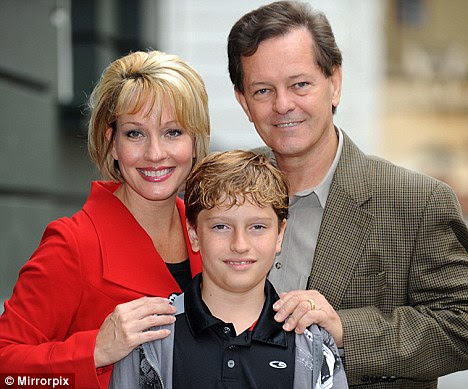 James's nightmares continued until he was eight, but they were gentler than his early terrors - he woke sobbing softly. Whatever the truth behind the young boy's extraordinary dreams, James Huston now seems able to rest in peace.

Most intriguing . . . and doesn't fit the mold of anything I've encountered before.

Perhaps Shakespeare had it right:

"There are more things in heaven and earth, Horatio,
Than are dreamt of in your philosophy."

Certainly, the Leiningers' book goes on my 'To Buy' list!


EDITED TO ADD: With information provided by a commenter on this article, I've written a follow-up post which questions some of what is said here. Please read the follow-up post before making up your mind.)

The ancient Greeks would say that the pilot had failed to drink from the River Lethe before returning. Perhaps they had a better understanding of life than we do.

For a more skeptical look at this: http://skeptico.blogs.com/skeptico/2005/07/reincarnation_a.html

One of the key facts omitted in this article is that the family visited the Kavanaugh Flight Museum a few months before the nightmares started. It provides an obvious source for nightmares about dying in a Corsair. The family also started taking their son to a counselor (Bowman) who strongly believes in childhood reincarnations - she could unintentionally (or intentionally) created the boy's belief that he was a reincarnated fighter pilot.

Another key detail: James Huston Jr flew a Wildcat - not a Corsair.

From what I've been able to dig up, Huston flew the FM2 aboard the carrier, and was apparently shot down in that, but he flew Corsairs prior to being attached to VC-81. He had been in VF-301 where he flew the Corsair.

BTW, I'm reserving all judgement on this, just wanted to point out some 'facts' I dug up on the net. (It's on the internet, it's got to be true! right?)
BTW, I know the name of the museum as I've stated it is correct, I've been there several times.