Giving honor where honor is due


Crucis has put up a video on his blog describing the heroism of Navy SEAL Lieutenant Michael Murphy, who was posthumously awarded the Medal of Honor. 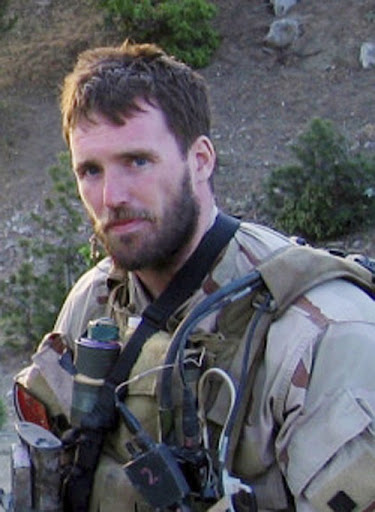 He notes that very little has been published in and/or by the mainstream media about Lt. Murphy, or his heroism. That doesn't surprise me, of course; heroism's out of fashion with the media - unless it's something they consider heroic, such as saving a baby seal from global warming. The real thing doesn't pass muster, as far as they're concerned.

I'd like to thank Crucis for putting up this video. If you value freedom, and honor those who put their lives on the line so that the rest of us may remain free, go over to Crucis' blog and watch the video for yourself; then say a prayer for the soul of Lt. Murphy and his fallen comrades, and spread the word of what they did for us.

May his soul, and the souls of his comrades in arms, through the mercy of God, rest in peace.

I must disagree. A quick search showed articles on CNN, Newsday, St. Petersberg Times, Fox, and a bunch of others. Should more have been said? You bet. But the impression you give is that very little was said, and that is just not true.

I know it is the fashionable thing to do in conservative circles to bash the media. And they often deserve it. But you best have your facts straight when you make a claim like that. Someone might check.

Peter, thank you for linking my site about this story. It's one that needs to be distributed further.

BTW, Anon. If you'll look further, you'll find that the very few of those networks ever made more than ONE instance of air-time about Lt. Murphy, if at all. That is ignoring him. The LA Times and Newsday had a single, one-column-inch article on the on-line edition. That is TWO paragraphs, the second paragraph containing a single sentence. None in their print version. CNN had one write-up of six short paragraphs most of a single sentence and curiously, their video isn't available.

The other mentions are from the Navy Times, FoxNews and some conservative website.

I stand by my opinion that Lt. Murphy has been ignored by the State Media.