Back on March 14th I reported on the sale of a collection of British World War II propaganda posters. One of them was this: The Daily Mail reports that the man pictured in the poster has been identified.

The dashing young airman who became the poster boy of the RAF during World War II has been revealed – 65 year after the conflict ended.

Squadron Leader Ian Blair, now 91, was 22 years old when the famous snap was taken in 1940 after his daring flying in north Africa earned him a medal.

But he didn’t realise his fame until two years later when, on a break in Bournemouth, he saw his face on a propaganda notice warning 'Careless Talk May Cost His Life'.

The poster, aimed at raising morale on the Home Front and spreading vital educational messages, was one of the most enduring images of the war.

Last week, a recently unearthed stash of mint condition pictures sold at auction for more than £25,000 after attracting bids from around the world.

Mr Blair, from Brentwood, Essex, who was born the year the RAF was formed, yesterday told of the moment in 1942 when he first saw the poster.

He said: ‘I wasn't even aware that it had been produced. The photo had been taken two years earlier, in North Africa, when I was a 22-year-old corporal.

‘I didn't think anything more of it, and then all of a sudden, there I was, hanging on the wall of a post office.’

In the famous image, Mr Blair is smiling in his airman's kit as if he hadn't a care in the world.

But just the day before, the former air ace of 113 Squadron had saved himself and a comrade with an act of bravery that won him the coveted Distinguished Flying Medal.

He said: ‘I look cheerful in the photo. I always look cheerful. But it doesn't tell you the true story - the full picture.

‘The day before, we had been sent out to bomb an enemy airfield at Derna, about 400 miles west of Alexandria.

‘We were in a Blenheim bomber, and I was the observer. That's the guy in the front who does the navigation and drops the bombs. 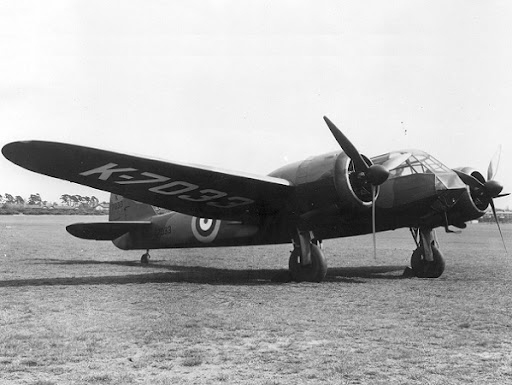 ‘But as soon as I had released the bombs, a fighter-plane attacked us.’ Glasgow-born Sqn Ldr Blair still has the blood-stained flight log he made that day. The pencil entries end suddenly.

He said: ‘There was an almighty bang. When I looked round, the pilot - a chap called Reynolds - was slumped forward on the controls.

‘I think it was the very last round that killed him. It was really unfortunate. His luck had run out.

‘Then the aircraft went into a steep dive.’

Despite having never flown an aircraft in his life before that moment, the young airman - paid one shilling and sixpence per day extra to fill in as part-time air crew - took charge.

He said: ‘From that moment the only thing going through my mind was survival. Everything happened so quickly, and we had to get the heck out of there.

‘I managed to pull the pilot's body off his seat and get the aircraft under control. But we still had to get home and land the thing.

‘My gunner, Hank, sent a message back to base saying: “We're in dire trouble here, the observer is flying the aircraft.”

‘Lo and behold, when we got back to base there was whole gallery of people, cars, ambulances and fire tenders all lined up waiting for the ultimate - but it didn't happen.

‘I had spent a long time watching pilots, and made a textbook landing. We came down in a shower of dust.

‘Perhaps I was a bit over-confident. The air officer commanding the base apparently said: “If that guy can fly an aircraft without a pilot's course, let's send him on a pilot's course.”’

He was presented with his DFM by George VI.

Mr Blair, who joined the RAF as a boy entrant apprentice aged 16 in 1934, went on to fly Spitfires against the Luftwaffe, and was shot down twice before the war ended.

There's more at the link, including a picture of Mr. Blair today.

I found the story fascinating, not only because of its content, but because because my father also entered the Royal Air Force as a boy entrant apprentice at the same age (and about the same time) as Mr. Blair, and also served in the Western Desert. I wrote about my father's wartime experiences in Weekend Wings #9.

Sadly, my father died last year, or he'd have enjoyed reading about Mr. Blair's experiences. I wonder if they ever met? Sharing the same qualification and background as they did, it's not beyond the realms of possibility.

My mother is from Brentwood, Essex.

My grandparents probably knew this man. My Mom was born in 1934, so I doubt that she did.