How not to curry favor with your enemies


Back in March 2008 I reported that India was developing a grenade using a mixture of chili and pepper, designed to drive people out of enclosed spaces. It was supposed to work a bit like a tear-gas grenade.

This week it was reported that India's gone one better, producing a grenade filled with powdered bhut jolokia chilis. 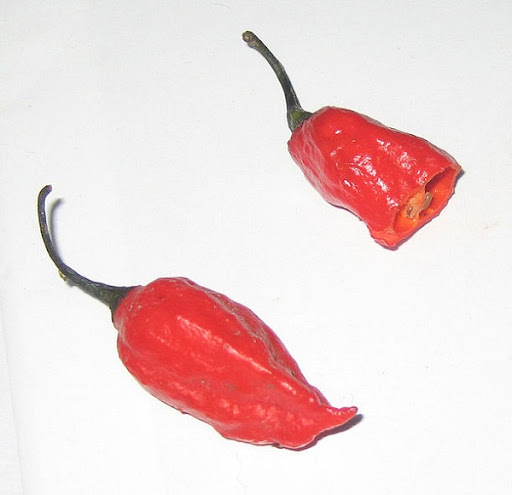 The news prompted an Australian satirist to wax lyrical in the Sydney Morning Herald. After I stopped laughing, I thought you might enjoy his comments too.

There are high hopes the new invention – which sounds something like a cross between tear gas and capsicum spray – might replace more toxic weapons worldwide.

However, it may not work on all targets. It is understood men in macho cultures where extreme chilli eating is a rite of passage may have inbuilt resistance. A top-secret British police experiment, in which chilli grenades were used in an attempt to disperse football fans, reportedly backfired when the young men began bragging to each other about whose nose was running the most, before sitting down in the street and demanding beer, pappadams and a selection of chutneys.

The hooligans finally left the scene several hours later. A police report says they made boorish comments, stole a napkin holder and failed to leave a tip.

Military experts fear the Indian move could spark a nationalistic culinary arms race, with Russian troops flooding enemy trenches with beetroot soup, Chinese soldiers hurling deadly chicken feet and the French flipping crepes over their shoulders to make the path behind them slippery as they perform tactical withdrawals.

Sources deep within Australian Army bunkers report that military scientists in Canberra have been working on our own dinky-di secret weapon: a missile launcher that catapults a barrage of meat pies with sauce. The aim is to disable the enemy with hot gloop.

"Early results indicate that plain meat pies seem to cause the most mess," an army source said. "However, that's proved troublesome for the operators loading the launcher. Haven't really got past that stage. Problem may be that we've been microwaving them. Too soggy, you see. If only the consignment of conventional ovens we bought actually worked."

Insiders say a plan to use dagwood dogs [corn dogs, for US readers] as missiles was scrapped after human rights lawyers advised that this would contravene the Geneva Protocol regarding chemical warfare.

The United States, of course, is expected to resort to shock and awe, bombarding the enemy with its national dish: an enormous sesame seed bun that explodes on impact, scattering pizza, hamburgers, fries, fried chicken, hot dogs, milkshakes and boysenberry ice-cream in all directions.

After several such raids, the hope is that potential terrorists would be too fat to be allowed on passenger planes whether carrying bombs or not, thus guaranteeing the safety of the free world and indoctrinating foreigners in the American, Christian way of life at the same time.

Someone has already been experimenting with dangerous foods, and trained them in military tactics.

You should see the documentary at:
http://www.youtube.com/watch?v=e-yldqNkGfo

Tell me if this isn't insidious. I don't understand why someone would turn our sustenance against us!!!

Happy Sunday to you!

The common mistake is thinking of that thing as "food".