Having been involved in prison ministry for many years as a chaplain, I was pleased to learn via an e-mail from reader Sandy S. that a black detective in Shreveport, Louisiana has written a book debunking the often-voiced 'racist' theories about the causes of crime and violence. 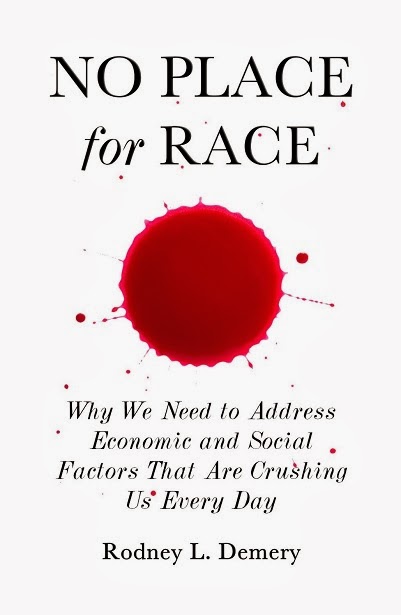 The Shreveport News-Star reviewed it.

Rodney L. Demery is a Shreveport homicide detective who has served in law enforcement for 25 years. He’s also an author, and his second book calls for a reassessment from black leaders and the black community over where blame lies for death in their neighborhoods.

“This book came from frustration. Crime scenes are real. Blood is real. Dead people are real. Violent crime is real, ” Demery said. “What makes that frustration is when you see people who are supposed to aid you in that — when I say you, I mean me, a detective — engage in something that has nothing to do with it.”

While blacks accounted for 13 percent of the U.S. population in 2005, they were victims in 15 percent of all nonfatal violent crimes and nearly half of all homicides, according to the U.S. Bureau of Justice Statistics. About 93 percent of black homicide victims and 85 percent of white victims were killed by members of their own race. Those are percentages Demery quotes often.

“White people are not killing black people,” he said. “I’m sure you can come up with sociological theory that says white people have created this system that has forced black people into these desperate situations to kill each other. Well, I kind of reject that notion. The reason I do is because I am the person who’s there. I know the person who shot this person or killed this person is a black person. You can’t make me understand how an oppressive white person has anything to do with that.”

I couldn't agree more that those who cry 'Racism!' at the drop of a hat when discussing the crime problem are generally full of it.  The situation's far more complex than any one factor, and while I've no doubt race does enter into many crimes, I suspect it's far less important than other elements.  I hope Detective Demery's book helps to enlighten many people about that reality.  Since he's also black, perhaps he can get through to those of his race who won't listen to people like me, because our skin color differs from theirs.

Sadly, no, his message won't get through to the race hustlers, fear mongers, and professional victims whose livelihood depend on their not understanding it. Jessie Jackson, Al Sharpton, et al, make their livings on claiming racism everywhere, so anything this side of being sat down on God's left knee and having it explained to them by divine revelation won't penetrate their skulls. But if enough other get the message, maybe the living the race-hustlers make won't be much of one.

I applaud Detective Demery for having the intestinal fortitude to write an unpopular truth. I hope that he is not labeled an 'Uncle Tom' and brow-beat into silence.