Let's do the airplane shuffle!


It looks like the long, convoluted saga of the US armed forces' C-27J Spartan airlifters has finally been resolved.

It began in 2005 when the US Army, dissatisfied with the tactical airlift service it was getting from the US Air Force in Iraq and Afghanistan, decided to replace its worn-out C-23 Sherpa transports with more modern, more capable aircraft.  If it couldn't get the USAF to fly its people and cargoes when and where it needed them, it would do so itself. 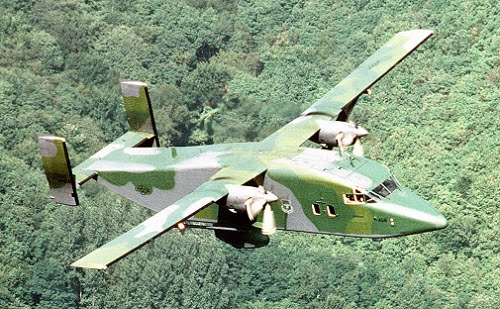 Needless to say, the USAF was not happy about this.  The latter service fiercely guards its prerogative of operating fixed-wing aircraft, and only allows exceptions when it can't stop them.  Nevertheless, after a long-drawn-out political fight between the services, the US Army announced it would buy several dozen C-27J's to replace its C-23's and, in due course, other smaller transports. 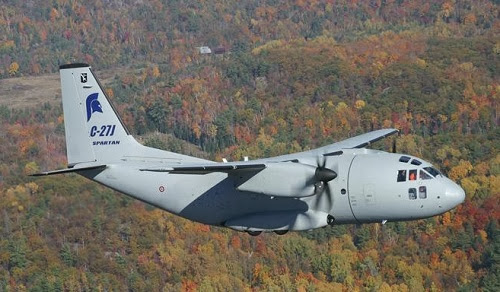 The USAF also agreed to buy the aircraft for its Special Operations Command and Air National Guard squadrons.  However, the USAF was still intriguing to force the Army to hand over its C-27J's - and its fixed-wing tactical transport mission - to the former service.  It eventually succeeded, through bureaucratic and political machinations that are so convoluted we'll probably never know everything that went on behind the scenes.  In 2009 it was decreed that the Army would hand over all its C-27J's to the USAF, and that the initial order would be reduced to 38 aircraft.

In 2012 the USAF announced it wanted to withdraw the C-27J from service altogether.  The Department of Defense rationalized the decision thus:

The  C-27J  was developed and procured to provide a niche capability to directly support Army urgent needs in difficult environments such as Afghanistan where we thought the C-130 might not be able to operate effectively. However, in practice, we did not experience the anticipated airfield constraints for C-130 operations in Afghanistan and expect these constraints to be marginal in future scenarios. Since we have ample inventory of C-130s and the current cost to own and operate them is lower, we no longer need – nor can we afford – a niche capability like the C-27J aircraft.

The Army was anything but convinced, and protested vigorously, as did a number of politicians;  but in an era of shrinking budgets and hard choices, the USAF was able to make its wishes stick.  The initial contract was reduced to 21 aircraft.  Brand-new C-27J's were put straight into storage as they were delivered, and those already in service were scheduled to join them there.  Applications were invited from other US government agencies that might wish to use them.  Three agencies or departments in particular wanted them.


It was announced today that the Coast Guard will get the remaining 14 C-27J's, on condition that it hands over seven C-130 Hercules transports to the US Air Force.  The latter service will recondition and reconfigure them into aerial fire-fighting tanker planes for the US Forest Service.

This makes a lot of sense.  The C-27J uses the same engines and avionics as the C-130J Super Hercules, of which the Coast Guard already operates a few, and is expected to buy more over time.  The use of common engines and avionics will save on operating expenses.  The new planes can be reconfigured for search and rescue much more cost-effectively than buying new aircraft for the purpose (including fitting a large fuel tank in the cargo bay for extended range).  On the other hand, the Forest Service will find the bigger payload capacity of the C-130 of greater value in a tanker aircraft than the smaller C-27J.  I presume the Coast Guard will deliver older-model Hercules transports for that purpose, keeping the newer C-130J's due to their commonality with the C-27J's.

By the end of the year, the transfer of these aircraft between three different services should be complete.  It's been a long and winding road . . . all at taxpayer expense, of course;  but then, fiscal responsibility is something at which our armed forces have never excelled.

I keep waiting for the Army to rope in a group of congress critters and say, "if the Air Force won't do the missions it's chartered to do, then perhaps we don't need a separate service."

The USAF hates the CAS role so bad the Army created an entirely new class of helo just to make sure they had some.

. . . . . and everyone's happy with their fixed wing aviation but the Army.

Which is why the air farce has no problem with dumping the A-10 birds - which it never wanted in the first place.
The Marine Corp should offer to take them - the A-10's and then lease them to the army, heh, heh, heh.

There is a limited fire fighting capability for the C27J:
http://www.youtube.com/watch?v=Ct0Ga1mSU9M

I wonder what EADS (now called Airbus Military) has to say about this. They had a standing commitment from the USCG to buy 36 of their airplanes and suddenly that number halves. Are they going to receive any compensation?