Satire with a Middle Eastern flavor


I recently came across The Pan-Arabia Enquirer, which describes itself as 'Spreading the hummous of satire over the flatbread of news'.  They note:

As the Middle East’s premier source of SATIRE (much like The Onion, The Daily Mash and Emirates 24/7), The Pan-Arabia Enquirer is not intented, in any way whatsoever, to be taken as factual. It’s just here to amuse and any similarities in names (well, except for Ahmadinejad) are purely coincidental.


I think they're on to something.  I laughed out loud when I saw their cheeky response to the controversial stadium design in Qatar (which we discussed here a couple of months ago).  Their headline to this picture read:  'Lead developer of Qatar island project on run after new photos taken from space released'. 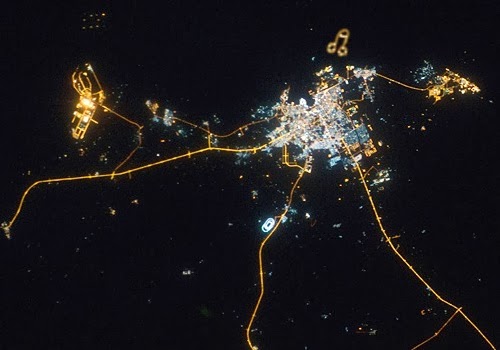 Look above the main cluster of lights of the city.  If you ask me, that's a perfect response to orthodox Gulf morals offended by the stadium design!  Take a look at their Web site for more satirical perspectives on Middle East news.