The discoverer of the Bactrian Treasure has died


Russian archaeologist Viktor Sarianidi, discoverer of the Bactrian Treasure at Tillya Tepe in Afghanistan, has died. 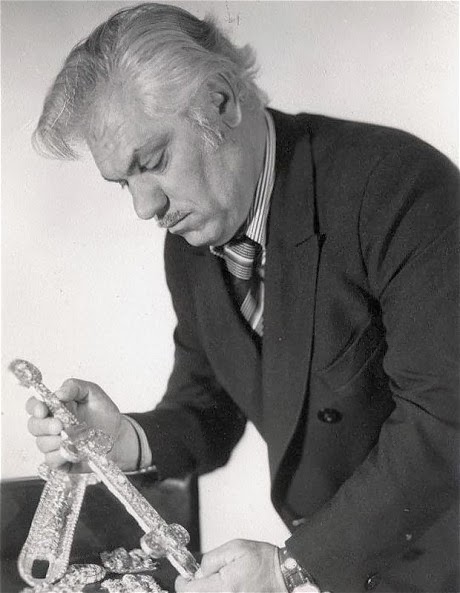 He had the satisfaction, in the last years of his life, of knowing that the treasure he discovered, long thought lost forever in the wars that swept through Afghanistan, had in fact been saved for posterity.  It's a remarkable story, as the Telegraph reports.

Viktor Sarianidi , who has died aged 84, was a Russian archaeologist who found himself starring in his own Indiana Jones adventure when he unearthed six burial mounds at Tillya Tepe on the plains north of the Turkmenistan mountains in the historical region of Bactria, northern Afghanistan.

The graves — of five women and one man — contained almost 22,000 gold artefacts which had remained undisturbed for more than 2,000 years. Sarianidi made his discovery in 1978 when he was looking for sites from the much earlier Bronze Age. 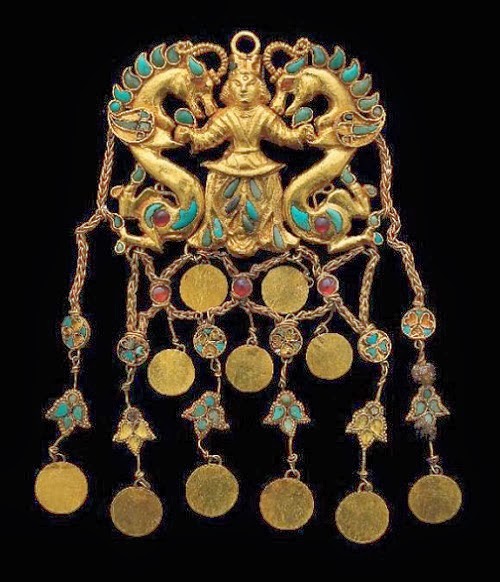 In February 1979, as the security situation deteriorated, Sarianidi was forced to leave Afghanistan — but not before he had discovered another five graves containing a staggering quantity of objects, ranging from Parthian coins to clasps decorated with cupids riding dolphins; pendants depicting scenes of war; a statue of the goddess Aphrodite; and, most magnificent of all, a diadem made of five linked trees of gold sheet, hung with dozens of small pendants that shimmered at the slightest vibration.

The objects were placed in paper bags and hastily transferred to the National Museum in Kabul. Sarianidi returned briefly in 1982 to photograph some of them, and in 1985 published a lavishly illustrated book, The Golden Hoard of Bactria. But it was to be another two decades before he saw the treasure again. Meanwhile, a seventh tomb, which he had been forced to abandon, was pillaged.

The discovery made the headlines, but wonder soon gave way to despair as Afghanistan succumbed to Soviet occupation and insurgency, followed by the civil war which ended in the takeover by the Taliban.

During the Soviet occupation, Kabul avoided the destruction unleashed in the countryside, and the treasure remained secure, if rarely seen. But around the time the Russians withdrew in 1988, it disappeared completely from view. There were rumours that it had been spirited away to Moscow, or dispersed and sold by corrupt officials to international art dealers. If any remained, it was later assumed, it had gone the way of other priceless cultural artefacts: destroyed as idolatrous by the Taliban.

The truth was even more extraordinary. 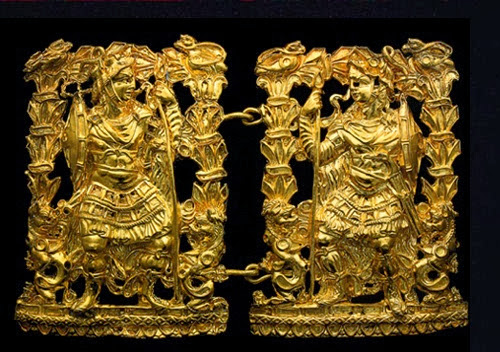 In 1988 staff at the museum decided to transfer much of the collection to the safe-keeping of the then President, Mohammed Najibullah, inside the old royal palace, the Arg (now the Presidential Palace). There it was placed in locked strongboxes and hidden in vaults belonging to Afghanistan’s Central Bank. The multiple keys required to access the vaults and boxes were dispersed among anonymous officials designated as “key-holders”. All agreed to remain silent.

It was not long before Kabul became engulfed in a hurricane of destruction. In 1992 the Najibullah government fell, and an Islamic State of Afghanistan was declared. Kabul became a battlefield, divided between competing militia groups. In 1994 the museum was hit by rocket fire and almost completely destroyed. About 70 per cent of its collections disappeared through looting or destruction.

In 1996 the Taliban took over, and in the years that followed many of the museum staff dispersed, and had to find odd jobs to survive. One senior official sold potatoes in the market. Others fled abroad. There were reports that objects from the museum’s collections were on sale in the souk.

In 2001, following the infamous destruction of the Bamiyan Buddhas, Taliban soldiers ransacked what remained of the museum and its storerooms, smashing anything they considered idolatrous, including 2,500 statues. But there was no sign of the Bactrian gold.

The Taliban made several unsuccessful attempts to penetrate the vault in the Arg palace, but were fobbed off. Remarkably, the key holders kept the secret at great personal risk, even at a time when revealing the whereabouts of the treasure could have bought safe passage for them and their families out of the country. But their silence meant that even after the Taliban were driven from Kabul it seemed to many — Sarianidi included — that the treasure was lost for good. 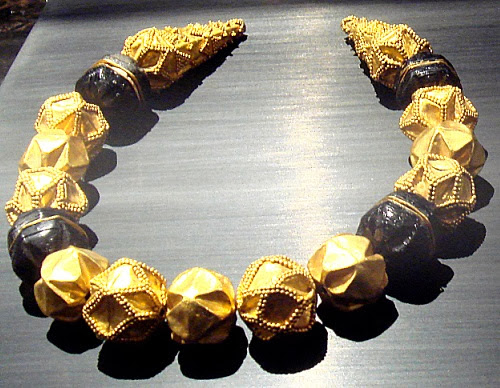 In 2003, however, President Hamid Karzai announced that several locked museum boxes had been found in a bank vault under the Arg. “We had to go down three elevators under the palace and along a tunnel set with booby traps, then through a door with seven or eight codes all held by different people,” he explained.

Thinking that the boxes might contain the treasure, Fredrik Hiebert, a former student of Sarianidi’s, persuaded National Geographic magazine to send him to Kabul on the off-chance.

There he met the museum’s director, Omara Khan Masoudi, who confirmed that the boxes had been located, though he added that he could not see what was inside as the keys had been lost. But, Masoudi suggested, if Hiebert would agree to prepare a proper inventory of their contents, then he would arrange for the boxes to be opened.

In 2004 Hiebert returned to Kabul with Sarianidi, who had been flown in from Turkmenistan, to watch as a locksmith, armed with a blowtorch and a circular saw, cut open the boxes. The keys had indeed been lost — probably deliberately — but the treasure, still in their bags, appeared to be intact. As the first bag was unwrapped Sarianidi recognised one piece which he had repaired himself a quarter of a century earlier. Afterwards he took Hiebert aside and told him that he had already made an inventory of 22,000 items, in 1978. Now it was Hiebert’s turn. It took a few months; not one item was missing.

The Bactria–Margiana Archaeological Complex, extending across four modern nations, that Sarianidi discovered and documented has emerged as one of the most spectacular archaeological discoveries of the 20th century.  I'm sure it'll serve as his memorial for many generations to come.

If there is one thing I truly despise, it is people destroying knowledge and history out of deliberate ignorance, religious fervor, or with knowing indifference to it for crude personal gain. Pagan, Christian, Muslim, Atheist, any faith or no faith, whether burning the Library at Alexandria, destroying archeological sites, or melting and selling artifacts for simple bullion value is unforgivable. The poor ignorant grave-robber trying to survive that doesn't understand the true value of such things I can dislike, but understand and forgive. The religious fanatic that destroys because it might threaten his belief, or the self-centered idiot that knows it's value and steals and sells it because of it (thus destroying most of its real value) is contemptible, despicable, and should be hunted down and destroyed as a mentally diseased savage, an enemy of human-kind.

Thankfully he lived to see his discovery survive!

Thank you for posting this. Very interesting information.