Bling to the max!


I note with a sort of dumbfounded fascination that Patek Philippe has chosen to celebrate its 175th anniversary by releasing the most complicated wristwatch ever created.  It has two faces, swiveling on its band to display the one selected by the user.  Only seven will be made.  One will go into the company's museum;  the other six will be sold for a cool 2.5 million Swiss francs apiece (approximately US $2.626 million at the time of writing). 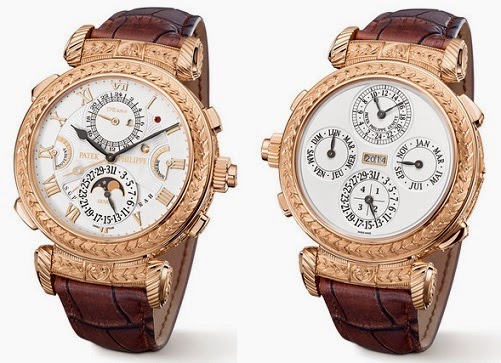 You can read all about the watch in this article, or at Patek Philippe's Web site.  The company has released this video of the watch's assembly.  It apparently took 7 years to design and 2 years to build.  Looking at its complexity, I can believe it!  I recommend watching the video in full-screen mode.

I'd never pay that sort of money for a timepiece, even if I could afford it;  but I have to admit, that's world-beating craftsmanship right there.

Labels: Amazing, Art, Boys and their toys, Business and Commerce, Congratulations, Technology
Email ThisBlogThis!Share to TwitterShare to FacebookShare to Pinterest

Unbelievable... And I'm thinking they don't drink a lot of coffee at the plant... :-)

Incredible! I watched open-mouthed at the construction of this stunning piece of matchless perfection!

Even the presentation case was a masterpiece.

And yes, i would own one if I had Bill
Gates money.

Imagine if they ever built a firearm.