The snarkiest review I've read in a long time


Jason Cordova is a fellow author, editor, blogger and all-round good guy.  He's also one of the reviewers at 'Shiny Book Review', where he's just reviewed the novel 'Empress Theresa' in terms that can only be described as profane and incendiary - and gave me a fit of the giggles in doing so.  Here are some examples. 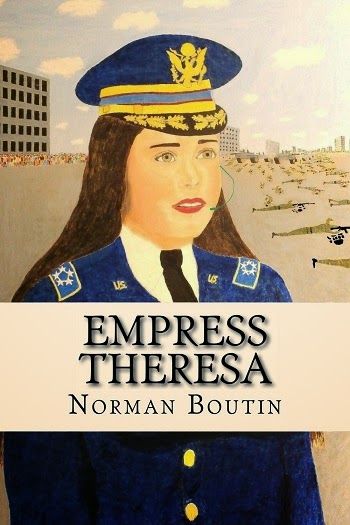 Very rarely do I come across a book that literally stops me in my tracks and forces me to ask the age-old question, “What the unholy ****?” Norman Boutin’s self-acclaimed literary classic Empress Theresa is just such a book.

... [Theresa's] story begins with the sighting of a red fox. In broad daylight. Weird, since the only time a fox is out in broad daylight is because they’re rabid, but Theresa doesn’t fear this in any way and watches as the fox walks up her back porch, sits down and stares at her. Then suddenly, a bright ball of light leaps from the fox and slams into Theresa’s stomach. She screams and runs inside, locks the door and... calmly watches the fox disappear.

Okay, think about this for a moment. No 10 year old girl would be rational at this point, no matter how normal and boring they are. 10 year old boys and girls flip out over the weirdest stuff, and a glowing white ball leaping out of a fox and hitting you is pretty ****ing weird. Hell, I’m the most rational person I know (I should get out more, I agree) and I would have freaked out. Of course, I also probably would have grabbed the .22 and disposed of the fox because I don’t need rabid animals on the farm.

But I digress. This is starting to make my head hurt, and I really wish I had more booze on hand.

I really can’t get over how poorly the first two pages are written, by the way. It takes real effort to be this bad and, for a moment, I had a sneaking suspicion that the author was trolling everyone who had read the book. I looked him up and, well, he’s a real author and takes himself very, very seriously.

He is not going to like this review, I can guarantee that much.

I really can’t describe how horrid this is. Putrid, fetid stink emanating from an old urinal cake that was forced through a septic system is the closest thing I can think of, and the argument could be made that I was insulting the urinal cake. By the way, if someone sends me something like this again, I will find you, and I will do things to you that would make even Liam Neeson shudder in horror.

Grade – is “Ebola” a low enough grade? Did I go too far? Did I go far enough?

Jason, if you go on like this, Larry Correia will have to look to his laurels as the 'fisking-est author' we know!

Customer comments on Amazon are uniformly the same tenor but not quite as colorful. I guess this is a type of fame.......

Since I can't buy him a drink for jumping on this grenade for me, I guess I'll just have to buy his next book.