Today's award goes to the far-left, progressive moonbats who exposed their fanatical ideology through dissenting with President Trump's choice of Justice Kavanaugh for the Supreme Court - even before his selection was announced!

First, the Women's March press release was fired off without updating it to include the nominee's name: 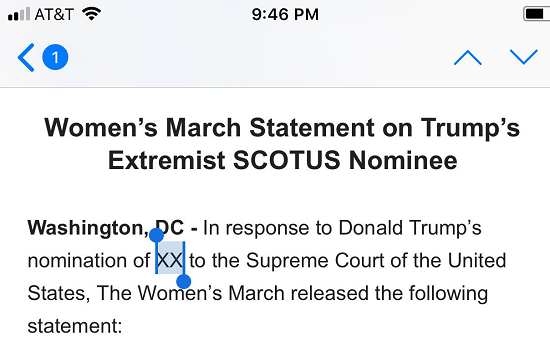 In other words, they wrote it before knowing who they were protesting against!  Way to convey sincerity and thoughtful dissent, ladies (?).

Also, there were the preprinted posters dissenting against any and every likely nominee, before the decision was announced. 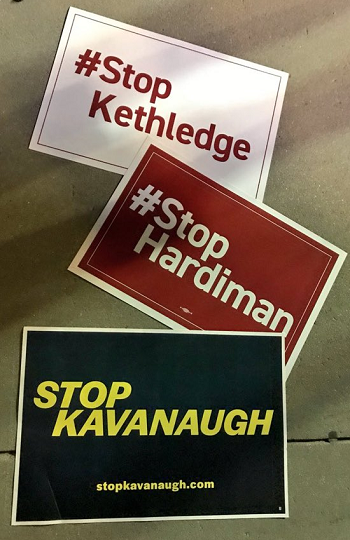 Clearly, they pre-printed everything they could think of, then threw away those they didn't need.  Great way to demonstrate concern for the environment and saving the trees, folks.  Aren't you supposed to be environmentally conscious?

With this kind of crap going on, how do these people expect us to take them seriously???  If they advanced thoughtful, serious arguments for consideration, I'd give them precisely that - thoughtful, serious consideration - even if I disagreed with the position they expressed.  However, this sort of nonsense leads me to dismiss them - and all expressing such sentiments - as being both dishonest and irrelevant.  It's so ridiculous that it's an insult to my intelligence.

Moonbats.  Idiots.  Progressives.  But I repeat myself . . .

They mean to insult your intelligence. Insult theirs; that'll be a piece of cake.

It is stuff like this that Trump won...and they are doing good on pushing the middle toward the Trump camp.