Time to upgrade my Glocks


Glock pistols have been on the market since 1982, and have come to dominate the civilian and law enforcement handgun market in the USA.  They've been through several models as improvements were made, and in response to new technologies and techniques.

I standardized on third-generation Glocks in the late 1990's and early 2000's.  The image below (and the subsequent two pictures) show the mid-size Glock 19 model.  All images courtesy of Glock USA. 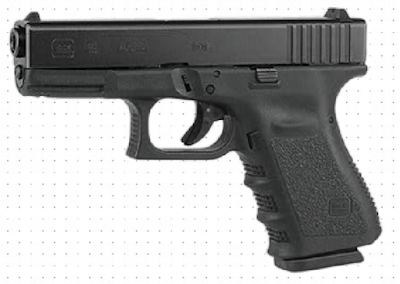 They worked very well for me, and their simplicity (with far fewer parts than competing pistols - simple is good!) appealed to me.  When the fourth-generation Glock (Gen4) pistols (shown below) appeared in 2010, they offered a number of improvements, but also had some problems, particularly with their redesigned recoil springs.  I decided to pass, and stayed with my Gen3 guns. 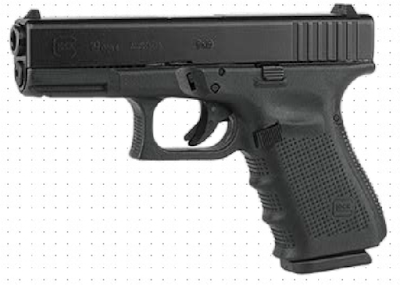 Last year, Glock introduced its fifth-generation (Gen5) pistols, based on the M series handguns developed for the FBI a year before. 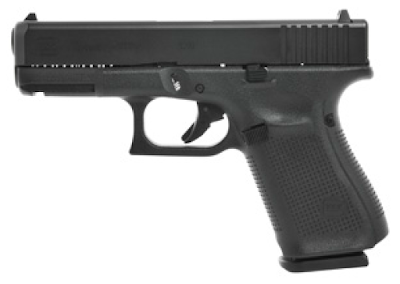 The finger grooves on the grip have been removed, a new stippled finish has been applied to the grip, there's an improved trigger mechanism, a flared magazine well, and a number of other upgrades.  You can see a detailed photographic analysis of the differences between Gen4 and Gen5 Glock pistols here.

I had the opportunity to test-fire a Gen5 G19 last week, and was favorably impressed.  It fits my hand better than either the Gen3 or Gen4 models, and is likely to be at least as reliable - possibly more so, given the improved spring in the trigger mechanism (which feels much smoother).  I'm accordingly going to be upgrading some of my Glocks to the new Gen5 Model 19, and possibly a couple of the sub-compact G26 model.  I think the cumulative improvements over two generations have made the switch worthwhile.  They'll make a dandy pairing with the new Ruger PC9 carbine, which I reviewed a few weeks ago, particularly given the latter's ability to swap magazine wells to take Glock magazines.

If you haven't tried the Gen5 Glocks, they're worth checking out.  They're currently available only in 9mm, but I understand a Brazilian police force is testing a model chambered in .40 S&W.  Whether or not that'll join the regular lineup, I don't know.  A word of warning, however:  both Gen3 and Gen4 Glocks are still in production, so there'll soon be more Glock models on your dealer's shelf than you can shake a stick at!  Make sure you choose the right one.  Gen5 models have "Gen 5" stamped on the slide after the model number, as shown below. 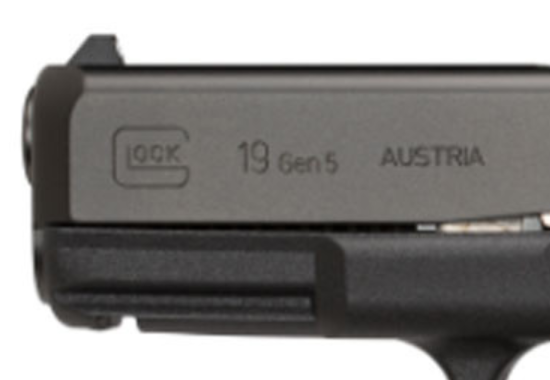 (Mandatory disclaimer:  I wasn't asked by anyone to write this article, nor was I compensated for it in cash or in kind.  I'm buying my own new pistols out of my own resources, partly by trading in older Glocks and partly by paying the balance of the purchase price.  I'm sharing my views on the new model Glocks in the hope that they'll be useful to those of my readers who also use older-generation Glock pistols.)

I'm glad to hear your opinion on this, as I've been considering doing the same (minus the trade in). So far there hasn't been enough improvement to make the switch worth the money. Now.... perhaps.

Most of the "issues" pointed out in the link are in fact issues with Glock in general and not issues with the Gen4.
The dual recoil spring gets a lot of flak just for existing but it was introduced with the .40 and .357 models in mind - all models in a given frame size use the same springs so it made sense to gauge the springs after the heavy recoiling calibers.

Fun Fact: In Germany all Glocks come with the lighter trigger spring already installed from the factory. I don't know why US-wholesellers still order the standard, heavy, spring.

But anyway: Glock never appealed to me and while I know they are good guns I still carry my 3rd Gen S&W :D

Stick with your Gen3's especially if you have installed a Gen3 minus connecting bar. Glock changed it with the Gen 4 and also put a dimple in the redesigned trigger bar to eliminate the inherent slop with the new design. Wait on the Gen5's until they get more out there, remember the issues the early G42 and G43's had?

Some observations after using and carrying Glocks ever since I bought one of the first 500 ever imported. I gave serious consideration to moving to the gen 5 glocks and even bought one. After some use I was less than impressed and sold it on.

- It does not conceal as well as due to the unnecessary mag well flare.

- The trigger is not a net improvement over a broken in gen 3. Over a gen 4? Yes.

- The ambi slide release prevented using my existing holsters due to it sticking out and preventing holstering.

- I am no fan of ambi releases. One more thing to knock on or off at the wrong time.

- Esthetics. If they are going to bevel the front of the slide they should have beveled the fram to match.

Glock did get one thing right. They got rid of the finger grooves!

I ended up going with both a MOS gen 4 19 with a RMR because grandpa eyes need the optic. Probably should have had my gen 3 cut, but that gun is very proven and I don’t mess with proven. I am starting to experiment with a FN 509 after trying lots of other pistols. IMHO the 509 is the gun the gen 5 Glock should have been. It is that good so far. I plan to get it cut for a RMR one of these days. It is a very good pistol albeit like the Glock it has an ambi slide release, which feature was a requirement of the Army contract competition IIRC.

Now if only Glock would join the rest of the pistol manufacturing world (with the possible exception of HK) and use 1913-standard accessory rails instead of their special Glock ones.