Jon del Arroz has a new book out


It's a stand-alone novella in his steampunk series, giving added depth to one of his characters from his first steampunk book, "For Steam and Country".  The new book is titled "Knight Training". 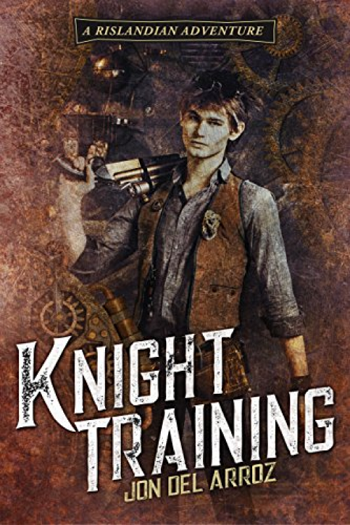 Airships, Guns, and Gadgets! The Knights of the Crystal Spire are more than ordinary fantasy knights.

Life as an apprentice knight hasn’t been easy on James Gentry. As a commoner and an outsider, he’s been ridiculed, picked on, and shunned by the other boys. But he’s determined to become one of the finest knights Rislandia has ever seen.

During his training, James stumbles upon a master knight selling information on Rislandian troop movements to a Wyranth spy. To keep Rislandia safe, he must root out the traitor and put a stop to the enemy's schemes. Does he have what it takes?


Jon writes a rattling good story, and I'm sure you'll enjoy his latest one.  He has two follow-up novels coming out soon:  "The Blood Of Giants" in August, and "Fight For Rislandia" in September.  He's publishing them close together, as I did with my recent "Cochrane's Company" trilogy, to build reader interest.  You can learn more about them by following his blog.

If steampunk appeals to you, Jon's books will too;  and if you haven't tried the genre before, they're a good introduction to it.  He's a good guy, and his wife is a lovely lady.  Miss D. and I were pleased to see them again at LibertyCon a few weeks ago.

Thanks, I'll check it out!