Do algorithms rule the world?


According to Kevin Slavin, in many areas, yes, they do. The BBC reports:

If you were expecting some kind warning when computers finally get smarter than us, then think again.

There will be no soothing HAL 9000-type voice informing us that our human services are now surplus to requirements.

In reality, our electronic overlords are already taking control, and they are doing it in a far more subtle way than science fiction would have us believe.

Their weapon of choice - the algorithm.

Behind every smart web service is some even smarter web code. From the web retailers - calculating what books and films we might be interested in, to Facebook's friend finding and image tagging services, to the search engines that guide us around the net.

It is these invisible computations that increasingly control how we interact with our electronic world.

At last month's TEDGlobal conference, algorithm expert Kevin Slavin delivered one of the tech show's most "sit up and take notice" speeches where he warned that the "maths that computers use to decide stuff" was infiltrating every aspect of our lives.

Among the examples he cited were a robo-cleaner that maps out the best way to do housework, and the online trading algorithms that are increasingly controlling Wall Street. 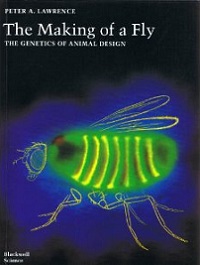 "We are writing these things that we can no longer read," warned Mr Slavin.

"We've rendered something illegible. And we've lost the sense of what's actually happening in this world we've made."

Algorithms may be cleverer than humans but they don't necessarily have our sense of perspective - a failing that became evident when Amazon's price-setting code went to war with itself earlier this year.

"The Making of a Fly" - a book about the molecular biology of a fly from egg to fully-fledged insect - may have been a riveting read but it almost certainly didn't deserve a price tag of $23.6m (£14.3m).

It hit that figure briefly on the site after the algorithms used by Amazon to set and update prices started outbidding each other.

It is a small taste of the chaos that can be caused when code gets smart enough to operate without human intervention, thinks Mr Slavin.

"This is algorithms in conflict without any adult supervision," he said.

There's more at the link. Highly recommended reading - or, if you want a longer version, here's Mr. Slavin speaking on the subject at the recent TEDGlobal conference (also highly recommended).

It's a fascinating subject, one promising at least as many risks as it does opportunities. We used to ask "Quis custodiet ipsos custodes?" Now it's "Who will guard the algorithms?" (And, before anyone else says it - no, I wouldn't trust Al Gore to guard Al-Gore-ithms!)

Judging by his LinkedIn profile, I'm not sure I'd call Kevin Slavin an "algorithm expert" in the same way as, say, David Eppstein. Perhaps this is why that BBC excerpt made me roll my eyes so hard I sprained something. Either Slavin, the BBC, or both are engaging in some rather tiresome concern-trolling Luddism.

It turns out that the "theory" branch of computing science has a wide variety of excellent tools for proving things about algorithms. (Algorithms, it should be noted, are deterministic enough that one can actually prove quite a bit about them, which to my mind makes them far more comfortingly predictable than, say, organic molecules.) If Slavin can't read algorithms, it's only because he hasn't bothered to learn. (Although in his defence learning to read algorithms generally involves a computing science, math, or engineering degree.)