A piece of history flies to Oshkosh


The good people at Vintage Wings of Canada recently restored a Fairey Swordfish torpedo bomber (the type of aircraft that, in 1940, carried out the famous raid on Taranto, inspiration for the subsequent Japanese attack on Pearl Harbor, and in 1941 damaged the Bismarck, allowing the Royal Navy to catch up with her and sink her). Very few of these historic aircraft survive. 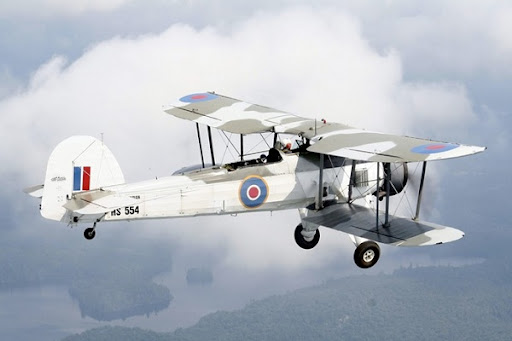 Having completed the restoration (her first flight is described in detail here, complete with pictures), they flew her down to Oshkosh in Wisconsin to display her at EAA Airventure earlier this year. 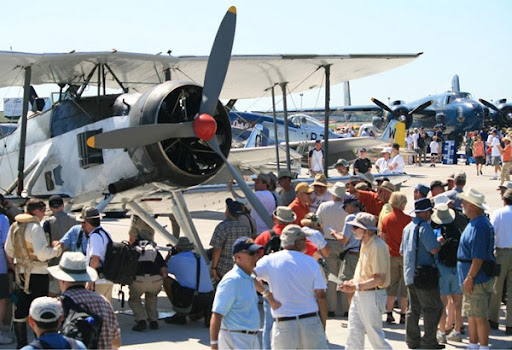 They've just published a photo diary of the trip down, the aircraft on display at Oshkosh, and the flight back home to Ottawa in Canada. 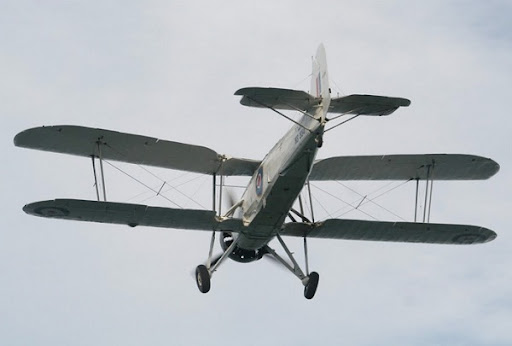 I've copied a few of the many photographs they've posted, to whet your appetite to read the whole article. Their Web site is worth any aviation enthusiast's attention, as is the Vintage Wings collection if you find yourself near Ottawa. They try to fly as many of their aircraft as possible, unlike some other museums that are content to restrict their planes to static displays. I prefer to see them in the air, and hear their engines.

I got a copy of "War in a Stringbag" at a paberback book exchange at my office several years ago. Outstanding find, well worth reading.

Great post about a great piece of history! And you are correct, VW does it right, they fly em :-)

I wanted to grow up and be a WWI bomber pilot for the longest time as a child.

Discovered a few problems with that as I grew up - one of which was being born after WWII.