Of bear poop and biofuels


I was highly amused to read a report that panda poop may become very important to the biofuels industry. CBS Denver reports:

It turns out panda droppings could solve one of the major hurdles to producing biofuels. 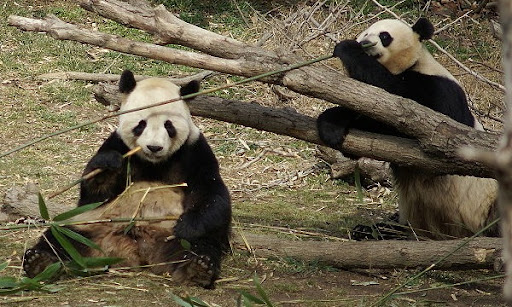 “Once you have the bacteria you can grow them outside of the intestinal track of the panda,” Brown said.

Eventually the scientists want to try engineering the digestive enzymes on a large scale so plant waste could be used to make biofuels, instead of relying on food crops like corn.

“There is a future in feces. As you know a lot of animals produce a lot of waste and taking that resource and putting it in something to create a clean renewable energy is an exciting process,” Jennifer Hale with the Denver Zoo said.

Y'know, panda bears are all very well, but they're a bit exotic, aren't they? How about using our native fauna to produce the same result? For that matter, we could match the animal and the end user of the product to one another.

Best source of biodiesel is the "excess" at a Hollywood liposuction clinic.

Yogi, I don't think the ranger's going to like this.

Seriously, if we can figure out a way to make ethanol from waste cellulose instead of wasting good corn liquor, I'm all for it, no matter the origin.

I KNEW there had to be a reason for the panda!

But then we will need to build giant panda farms, and the lefties will protest "Big Panda," and PETA will cry out for the use of poo only from "free range pandas," and then the government will tax them out of profitability. There now...we've played it out to its logical conclusion, and stop spending money to study panda poo.

It was the guys at the Memphis Zoo that gave us Terrible Tiger Turds. Apparently, they mulch big cat excrement and put it along side roadways and it keeps deer from crossing and getting hit by cars.