Another vintage Rolls-Royce is coming up for auction. The auctioneer (Bonhams) reports:

One hundred years old this year, chassis 1683 is one of the most instantly recognisable of its breed. It has been owned by a roll call of those appreciative of the Silver Ghost starting from day one when it was ordered new for the Delhi Durbar. 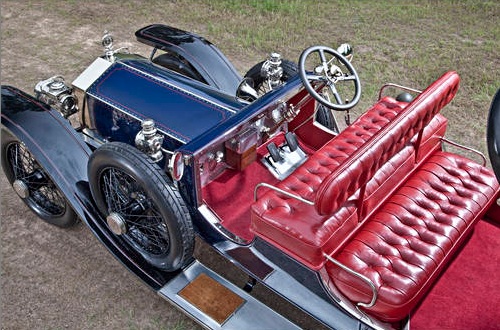 The Delhi Durbar celebration of the Coronation of King George V and Queen Mary in December 1911, was one of the most spectacular displays of Indian pageantry that the world had seen. And with the automobile now firmly part of the Indian Princes' culture, fleets of automobiles were purchased to provide transport for their honored guests and the rulers themselves. Eight of these were identical 40/50hp Rolls-Royce and each were to be Landaulettes built by the most noted British coachbuilders such as Barker, Hooper, H.J. Mulliner and Windovers. 1683 was the one exception, being an entirely closed car. In one of the more detailed orders that one will see for a 'Ghost, with many notes of liaison between the client and the company, the factory build sheets note that H.J. Mulliner were required to construct Pullman Limousine coachwork, finished in dark green with white coachlines. With nickel brightwork, it must have been a handsome conveyance, which was luxuriously appointed and came with many of the latest 'options' that the coachbuilder and manufacturer could offer. Topping it off, the Coat of Arms was to be 'emblazoned on the panels'. As denoted on the factory order, this was for the use of the Maharajah of Mysore, to whom it passed after the Delhi Durbar. 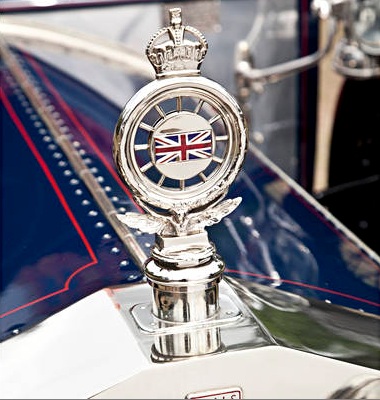 Rolls-Royce were virtually always in touch with the car, their records list parts supplied to their Indian agency for fitting to it. At some point early in its life, quite possibly in 1920 when a complete set of wire wheels were dispatched to India for 1683, the formal coachwork was replaced by the lightweight Ceremonial bodywork that it still retains to this day. It is understood that this was a particular favorite of the Maharajah, it allowed him to survey his land and to be seen by his people on public occasions. Behind the 'cape cart' Victoria hood was a ledge for his bearers to stand on and they were thoughtfully protected from the sun by a large umbrella. 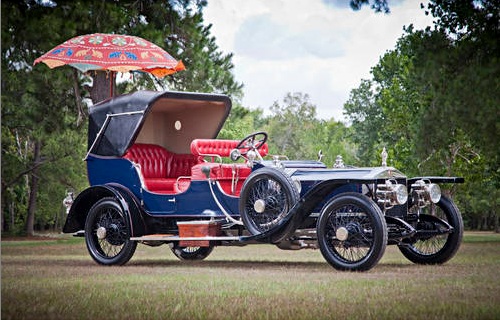 Over the course of the last Century, #1683 has been cherished and prized throughout its life. Among numerous pictorial references, it is featured in the Lawrence Dalton book 'Those Elegant Rolls Royce' and was immortalised in the Melbourne Brindle/Phil May book Twenty Silver Ghosts where it is illustrated with the Taj Mahal as its backdrop. Its mileage is thought to have been extremely modest in its Indian service, perhaps less than 10,000 and the succession of noted Silver Ghost collectors who have owned it have ensured that its condition has remained appropriately fine. There is no greater statement of this than the Rolls-Royce Silver Ghost Class win that it achieved at the 1995 Pebble Beach Concours d'Elegance, following a refurbishment at the hands of noted specialist David Hemmings, although its condition has aged just a little since.

There's more at the link, including many more photographs (scroll down the linked page to see them). Definitely drool-worthy to historians and automotive enthusiasts alike!