An interesting perspective on the personal computer


Mark Dean, Chief Technology Officer of IBM's Middle East and Africa region, was one of the people who developed the IBM PC, released on August 12th, 1981. He's just shared his views on the current and future status of the personal computer.

It’s amazing to me to think that August 12 marks the 30th anniversary of the IBM Personal Computer. 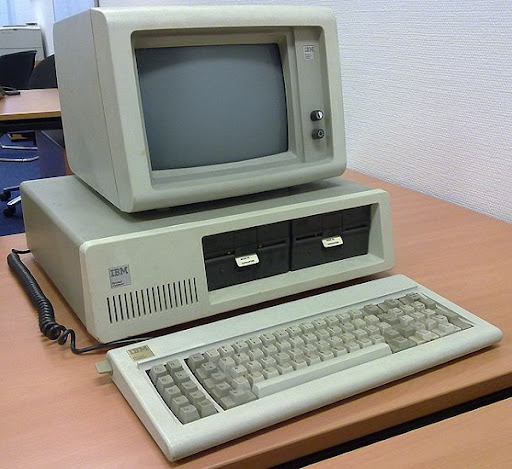 The announcement helped launch a phenomenon that changed the way we work, play and communicate. Little did we expect to create an industry that ultimately peaked at more than 300 million unit sales per year. I’m proud that I was one of a dozen IBM engineers who designed the first machine and was fortunate to have lead subsequent IBM PC designs through the 1980s. It may be odd for me to say this, but I’m also proud IBM decided to leave the personal computer business in 2005, selling our PC division to Lenovo. While many in the tech industry questioned IBM’s decision to exit the business at the time, it’s now clear that our company was in the vanguard of the post-PC era.

I, personally, have moved beyond the PC as well. My primary computer now is a tablet. When I helped design the PC, I didn’t think I’d live long enough to witness its decline. But, while PCs will continue to be much-used devices, they’re no longer at the leading edge of computing. They’re going the way of the vacuum tube, typewriter, vinyl records, CRT and incandescent light bulbs.

PCs are being replaced at the center of computing not by another type of device — though there’s plenty of excitement about smart phones and tablets — but by new ideas about the role that computing can play in progress. These days, it’s becoming clear that innovation flourishes best not on devices but in the social spaces between them, where people and ideas meet and interact. It is there that computing can have the most powerful impact on economy, society and people’s lives.

That report caused me more than a little nostalgia, as I can remember the launch of the IBM PC very well. I was working in information technology at the time, and used it within a month of its launch. I also worked on IBM's mainframe computers (as operator and programmer), and one of the forerunners to the PC, the Displaywriter dedicated word processor.

I'm very interested in the future of personal computing from a user perspective. I'm a writer, so I find it really important to have a good keyboard and word processing software - more so, probably, than other users. I don't think a tablet will work well for me - it doesn't have a keyboard (although, of course, one can be added via a Bluetooth or other wireless link). I've tried speech-to-text software, but it doesn't work well with my creative processes. I prefer to touch-type (I can hit 100 words per minute fairly easily), and to revise by keyboard and mouse while reading on a screen rather than issuing verbal commands while listening to playback of my text. However, I know many people don't need that sort of written-word-focused user interface. For them, a tablet (particularly with the developing capabilities of new operating systems for that genre of machine) may be a more intuitive choice. During her recent trip to Alaska, and her 4,000-mile flight home, Miss D. used an Android smartphone as her primary Internet interface. It seemed to work pretty well for her.

What say you, readers? What's your primary computing device right now? A PC? Notebook? Tablet? Smartphone or PDA? Let us know in Comments, as well as your thoughts about the direction in which your computer use is developing.

I've been doing computers since CP/M on Kaypro computers, which predates DOS and the IBM PC. I've run every version of Windows since the beginning.

Nowadays, I use Apple iPad for internet browsing, book reading, etc. MacBook Pro or iMac 27" for anything else. Microsoft products - only when I have to, for business reasons.

I bet my blood pressure dropped 10 points when I moved to Mac. They are a lot less frustrating than Windows, once you're past the learning curve.

A PC compatible (when was the last time you heard THAT term?) is still my computer of choice. I do software development for a living and most development tools I use are Windows or DOS based.

I do own a Mac Mini because there are a few programs I just couldn't get for anything but MacOS (iPhone development tools), but I don't find it to be better or worse than Windows.

Other than that, I prefer dedicated devices for reading (Nook), talking (Palm Pre - almost worthless to me as a smart phone), and music (iPod Touch). I don't want one device for everyting because when it breaks, everything breaks.

I use a Mac laptop for 99% of what I do. I don't enjoy tinkering with computers so no Windows (tm) for me, thank you, although I have used my parents Windows-equipped Mac for a certification test that had to be done on a Windows machine. I do not have a smart phone or tablet or e-reader, and I do not plan on getting any of those in the foreseeable future. I need a full size keyboard. If I do get a new computer, it may be a Mac desktop so I can have a larger screen so lay-out and reading will be easier. Only if an employer pays for me to get a Windows machine and GIS software would I go back to a PC.
LittleRed1

I go back to the 8080 and CP/M on Kaypro computers, then an IBM XT an AT, then started building my own. I started with DOS 1.1 and loved DR DOS (It actually worked).

Now, MacBook Pro on the road, high end Dell at home and cheapass Dell for work. Nook and Blackberry and iPhone 4.

My first computer was a Commodore 64 (on which I learned to program in BASIC) with two 5.25" floppies and a tape drive and a 300baud card modem to connect to QuantumLink, to which was added a 286/12 with two 40MB HDDs.

My first cell phone was a simple Nokia brick on a prepaid plan, post-college, at the insistence of a girlfriend.

My first personally-owned desktop computer was a Toshiba with a Pentium 166/MMX, which I got when I went off to college in 1997.

My first personally-owned laptop was a 15" Apple Powerbook, which I got in 2003 before spending three months in Australia for work at the U.S. Embassy there. I replaced the HDD twice, and after the screen started failing, I gradually decreased usage of it and shifted the weight over to my work-issue laptop.

My current primary computer is a homebrew beast with a 1TB HDD, several GB of RAM, a high-end graphics card, a 24" flat-panel LCD display, with high-speed cable internet. I mostly use it for gaming--just World of Warcraft and Portal, really--and some multimedia.

My current laptop is a work-issue Dell Latitude D630, which replaced a D600, and is really what I use for most of my computing--web browsing, email, blogging, documents, and multimedia.

I also had a PDA in college--a Handspring Visor, a spinoff of Palm that allowed for hardware plugins. It fell by the wayside.

The computer my wife had when I met her several years ago was a liquid-cooled dual-processor Apple G5 desktop with a 24" Cinemascope HD display; it was eventually replaced by an iMac, and then a newer iMac. She's also had a Titanium iBook, a 12" iBook, an inexpensive Compaq laptop, an iPad, and now an iPad 2. She uses the iPad 2 (and its predecessor) more than anything on a daily basis; the desktop does the heavy lifting and gaming (World of Warcraft, Sims, etc.)

Phone-wise, she got the Droid 1/Droid2-R2D2 sequence before I did, and now has an iPhone 4.

The only computer I own is a laptop. Not a wussy netbook, mind you, but a laptop intended to be a desktop replacement. I use it for everything - programming, web surfing, writing, animation, gaming...I'll probably have to get a new one when I leave college, though, since this one takes FOREVER to render a very blurry 3D animation, and I won't have the labs at my school to use!

I can't see tablets taking off for "serious" computer ventures. Sure, the touchscreen is nice for reading or watching movies, but typing sucks on it, and that combined with its relatively lower power means that programming and rendering are out...and that's what I primarily do in my free time. I'll always have at least a laptop (but someday, when I'm settled somewhere, I want to build my own giant, overpowered desktop tower PC, with a laptop for programming away from it), but I don't see myself ever owning a tablet anytime soon.

Like a lot of folks, I got inducted into the Weird Wired World by means of a Commodore 64; I got my first DOS machine in 1991, and resisted the call of Windows for many years. But I've always thought of my computer as first and foremost a communications tool: in 1985, I was doing local bulletin boards, CompuServe, and even email via MCI. (Fifty cents to any other user; you may be certain that there was no spam.)

I, too, used my computer for communication--starting with ProComm+ to dial into local BBSes, a few of which had internal-only email, one of which had Actual Internet Email--and another had a multi-line teleconference! (That was, in fact, my favorite part.) We later tried Prodigy, might've tried Compuserve or Adelphi, and eventually settled on AOL for dialup internet service, until dialup stopped being the only feasible option.

First computers I used were a Commodore Pet and an Apple IIe at school. Nowadays I have a Macbook and an iPhone 4 for personal use, and a Dell laptop for work. I agree with Silver in that tablets have a long way to go before they replace laptops or desktops for business applications. Typing on them just isn't as good as a keyboard.

Great story. I love reading these comments! I know nothing about computers, even though I've taken four computer classes. They work and I do not have to use a pencil or pen.
Bought a sale item HP, then an emachine, then a Dell (Windows XP/Pentium included), for school and am lusting for a Mac, which is very expensive. The work I do at school is done on a Mac, but there are just as many Dells around.
I wish I knew more about computers, I might be able to get around better electronically. BUT-if I get hit by a ruck tomorrow, all is moot. :)