An arms purchase that doesn't add up


I can't help wondering what's behind the announcement that Israel will buy an as-yet-undecided number of MV-22 Osprey tilt-rotor transports from the USA. 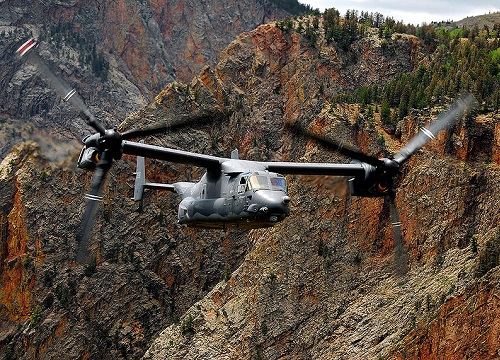 Israel is the first foreign nation to purchase the Osprey.  What I can't figure out is why it did so.  Its Air Force operates Sikorsky CH-53 heavy-lift helicopters, and is known to be strongly in favor of buying the new CH-53K version as soon as it's ready.  The Osprey can carry only a small fraction of the payload of the CH-53K, albeit at a considerably higher speed.  I don't see how a relatively small air force like Israel's will be able to afford the division of manpower, and demand on its finite supply of pilots, involved in flying both types.  It'll be an added maintenance and supply headache, too. 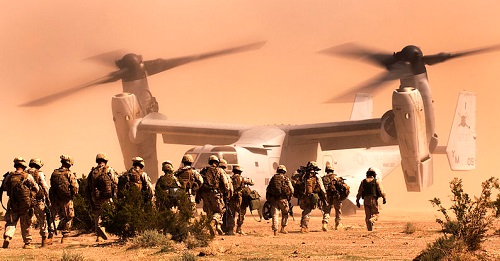 I suspect a certain amount of pressure was applied by the USA - "If you want weapons X and Y, you have to take Z too, otherwise you can't have any of them".  Certainly, the V-22's manufacturers (Bell and Boeing) have been working very hard to promote foreign sales, so far without success.  The aircraft is very expensive (approximately $70 million a pop, two to three times more expensive than helicopters with comparable payloads and carrying capacities).  It's also maintenance-intensive, costing over $9,000 per flight hour, and as of last year had a 'mission capable rate' of only 68%.  Those aren't costs and availability rates that smaller air forces can absorb with impunity.  However, if the USA - and the V-22's manufacturers - can say, "Israel's using them!", that lends credibility to the program, as the Israeli air force is internationally recognized as one of the most combat-effective in the world.  That might be a positive influence on other prospective purchasers.

One area where I can see a useful purpose for the V-22 in Israeli service is to fly troops and rapid response teams out to that country's newly-developed natural gas fields in the Mediterranean, to reinforce them and/or to beat off terrorist attacks against platforms.  The Osprey's high speed will be very useful in that role.  However, whether or not that high speed alone can justify using an Osprey instead of a slower but larger helicopter, capable of lifting many more troops or much more equipment, is an open question.  I suspect in terms of cost-effectiveness, the Osprey will be 'iffy' for Israel.

It's a soft money aid thing. Israel is buying them but it's linked to an aid package so in effect the US is buying them and claiming that the Israelis are. There is also a very expensive spare parts logistic train for the OV-22 that the US is paying for.

Isn't it amazing what a contribution to the Obama Library will get you?

I suspect that the Israelis will find a way to modify them to make them more efficient.

My very first thought, as I read your first paragraph, was as support for the off-shore oil and gas platforms. I'd also wonder if you can mod them for fire-fighting (water-bombers).

I wonder if they aren't looking to extend the range of their special teams forces.

The greater range and higher speed would be beneficial for insertions in less than friendly countries.

It does allow a higher probability of success on long range insertions.

USAF now uses Ospreys and when I was in the Middle East, both the Saudis and UAE were looking to buy them for their special operation forces.

Subterfuge: a deceptive device or stratagem

In case these planes are photographed in and over IRAN it provides cover for the fact that it isn't necessarily Israeli forces in those planes....

It sure isn't a one for one replacement of the old Sh*thook but it does offer some advantages.

Yep, what LL said... The same thing occurred with the M-1 tanks!

They will use these for high speed commando raids, and for the same reason USAF uses them. That being search-and-rescue of shot down pilots. As in, shot down over some other country. You can fill in the blanks as to which ones.

I think Old NFO is referring to Egypt "buying" M-1A tanks or F-16's. They buy them with the money we give to them.