I don't review many books (or any other forms of entertainment) on this blog, partly because my taste is my own and very different from many other folks, partly because I've learned that things that turn on one person may be a complete turn-off to others.  I'm also mindful of Theodore Roosevelt's famous dictum:

It is not the critic who counts; not the man who points out how the strong man stumbles, or where the doer of deeds could have done them better. The credit belongs to the man who is actually in the arena, whose face is marred by dust and sweat and blood; who strives valiantly; who errs, who comes short again and again, because there is no effort without error and shortcoming; but who does actually strive to do the deeds; who knows great enthusiasms, the great devotions; who spends himself in a worthy cause; who at the best knows in the end the triumph of high achievement, and who at the worst, if he fails, at least fails while daring greatly, so that his place shall never be with those cold and timid souls who neither know victory nor defeat.


When others have slaved to create their own works, who am I to quibble at their efforts?  I may not like them, but that's no reason for me to diss them - others may have different opinions. 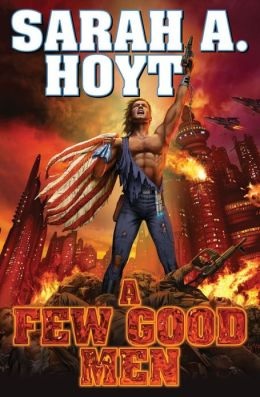 Nevertheless, when I come across a book that intrigues and excites me, and drags me head-first into its pages, I think it's well worth mentioning.  Such a book is 'A Few Good Men' by Sarah A. Hoyt, the third volume in her ongoing 'Darkship' SF series.  (The first ten chapters are free to read at Baen Books - click on 'Next' in the upper or lower corner of each screen/chapter as you finish reading it, and you'll be taken to the next one.)

'A Few Good Men' almost defies categorization.  It's set in the future, but in its depiction of people and their problems, it's far from 'normal' techno-SF.  It's set in a tyranny, but it's actually a love song to the American Revolution.  It's filled with humor and lively incidents, but it's also soberly thought-provoking (if you let it engage you).  It's written by someone from another country, who's settled in the USA and made it her home (just as I have, which is another bond between Sarah and myself) - but it's not foreign in its perspective on the issues, values and norms that made America what it is, and are in such danger today from the uncaring malice and self-centered tyranny of the FSA and its representatives.  The protagonist is homosexual, but he's portrayed in such a way that his sexual orientation doesn't actually matter.  It just happens to be who he is.  Personally, I found it incidental, rather than pivotal to the story as a whole.  In that sense, this is perhaps the best and most balanced treatment of 'teh gay' that I've yet found in modern fiction.

I don't want to go into details of the plot, because I hate spoilers, and frankly I like this book so much I don't want to spoil it for you!  Suffice it to say, I encourage my readers to do two things.  First, go read the first ten chapters at Baen's Web site.  They're free, so it costs you nothing except a little time.  If they whet your appetite sufficiently - as they did mine - then go buy your own copy of the book, and read the rest.  I don't think you'll be disappointed;  in fact, I reckon many of you will be motivated to go out and buy the first two volumes of the series, 'Darkship Thieves' and 'Darkship Renegades'. 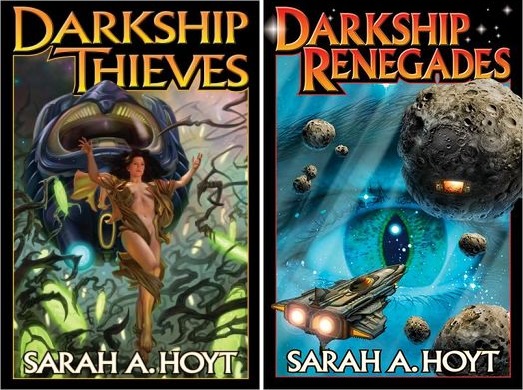 You might also enjoy Sarah's blog, 'According To Hoyt'.  The comment threads are sometimes very long and very intricate, as much fun to read as the articles themselves.  Miss D. and I are regular visitors there.  (It was at Miss D.'s recommendation that I first read one of Sarah's books.  We visited Sarah and her husband last year, to our mutual enjoyment.  Also, Miss D. has reviewed 'A Few Good Men' on her own blog - see here.)

'A Few Good Men' is a very interesting and entertaining book, IMHO.  It's well worth your attention.

O/T, but are you & Miss D. planning on attending the NRA convention next month?

thanks for the Sarah Hoyt tip Peter. Thoroughly enjoying the series. Food for thought indeed.