Resurrecting (part of) the Saturn V


Ars Technica has a fascinating article about how NASA engineers are studying an F1 engine from the first stage of the gigantic 1960's-vintage Saturn V rocket, digitizing it in CAD programs and trying to design an updated successor.  Here's a brief excerpt.

SLS' design parameters called for a Saturn V-scale vehicle, capable of lifting 150 metric tons into low Earth orbit. No one working at MSFC had any real experience with gigantic LOX/RP-1 engines; nothing in the world-wide inventory of launch vehicles still operates at that scale today. So how do you make yourself an expert in tech no one fully understands? 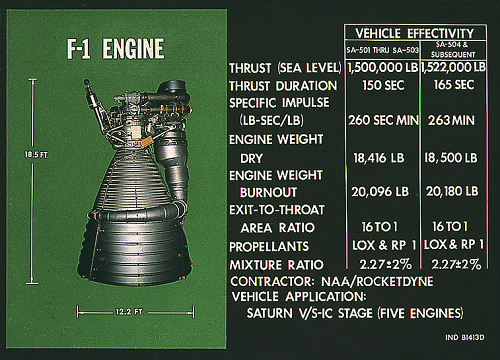 Nick Case and Erin Betts, two liquid engine systems engineers working for Williams, found a way. Although no launch vehicles that used F-1 engines are still around, actual F-1s do exist. Fifteen examples sit attached to the three Saturn V stacks on display at NASA facilities, including MSFC; dozens more are scattered around the country on display or in storage. Williams' team inspected the available engines and soon found their target: a flight-ready F-1 which had been swapped out from the launch vehicle destined for the to-be-canceled Apollo 19 mission and instead held in storage for decades. It was in excellent condition. 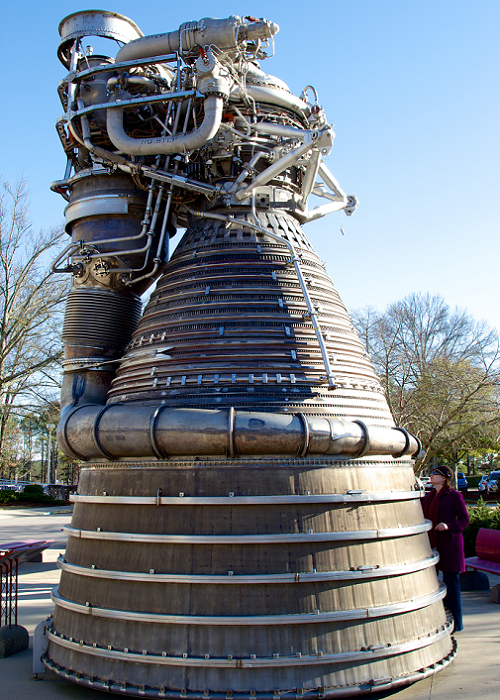 Case and Betts spearheaded the paperwork-intensive effort to requisition the F-1 from storage and get it into their workshop. They were aided by R.H. Coates, a more senior member of Williams' team and lead propulsion engineer for the SLS Advanced Development Office. Williams offered encouragement and assistance from the management side, but the team was otherwise given free rein on how to proceed. After some study, they came to Williams with a request that was pure engineer: "Why don't we just go ahead and take this thing apart and see what makes it work?"

Williams said yes. "It allowed some of our young engineers to get some hands-on experience with the hardware," he told me, "what we would term the 'dirty hands' approach to learning, just like you did when you took apart your bicycle when you were a kid, or your dad's lawnmower or his radio. One of the best ways to learn as an engineer, or in anything, is to take it apart, study it, ask questions."

And then, hopefully, build a better one.


There's more at the link.  Giddy stuff for geeks!

I remember watching film of the Apollo launches with bated breath, and the recordings of those years still bring instant nostalgia.  For those who missed them, here's a video (one of many on YouTube) showing the launch of Apollo 8, with commentary from the astronauts who flew that mission.  Do yourself a favor and watch it in full-screen mode.

I remember watching the first test flight of the Saturn V on our old B&W TV set. When the flame pillar hit the deck of the launcher, the camera was blown off its mount. I've read it was found a mile away. Within about a half mile, if I recall correctly, the sound pressure would kill you.

The other side of the equation is the rocket fuel. This book is really well worth the time.
http://library.sciencemadness.org/library/books/ignition.pdf


You gotta read it. Amazing science of the fuel side of the engines. He was there for the whole ride.

I thought it was really funny.


May we once again be so lucky as to have the technology to get our DNA off this rock....