A morning with Operation Migration


Last night Miss D., living up to the name of her blog, expressed a sudden desire to visit the launch of today's leg of Operation Migration, the project that trains young whooping cranes to fly behind ultralight aircraft, then leads them south for the winter from Canada to Florida.  (She's been interested in them for some time, and buys one of their T-shirts every year to support the migration.)  Nothing loth, I agreed, so at 3.30 a.m. the alarm went off and we struggled out of bed.  Warmed by hot tea, we set off westward. 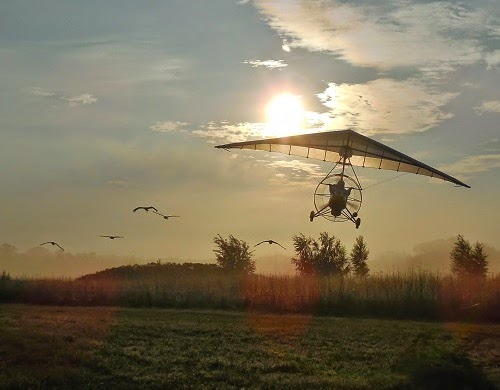 Starting out in the early morning (image courtesy of Operation Migration)


This year's migration group overnighted about two hours away, near Huntingdon, TN.  (You can see a Google Map of the location here.)  We got to the prearranged viewing site (off a road a couple of miles away) shortly before sunrise, and waited . . . and waited . . . and waited some more.  They try to get off the ground about ten minutes after sunrise, which this morning was at 6.35 a.m., but the young cranes were clearly in a bolshie sort of a mood.  After all, it was below freezing, and their overnight bedding ground was doubtless a lot more comfortable! 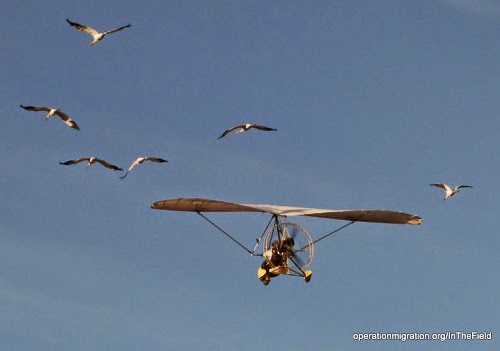 
Eventually they got airborne, and wafted past us - only to have to come back, because one crane after another decided that enough was enough and turned determinedly towards their overnight stop.  They clearly weren't interested in getting started so early.  We had a grandstand view as the lead ultralight turned and twisted, trying to get ahead of the gaggle and 'persuade' them to follow it once more as it turned south;  but eventually the pilot had to give up.  The last we saw, shortly before eight, they'd headed back towards their temporary bedding ground, and would probably try again later in the morning when the air was warmer.  (Considering that I was pretty chilled after an hour outside, even wearing a heavy jacket and gloves, I can't say I blame the birds!)

Miss D. and I had a fast food breakfast on the way back to I-40, then headed east again, getting home a few minutes ago.  We're tired, but it was an interesting early morning jaunt - and we got to see one of the rarest and most endangered bird species in North America, which made the very early start to our day worthwhile. 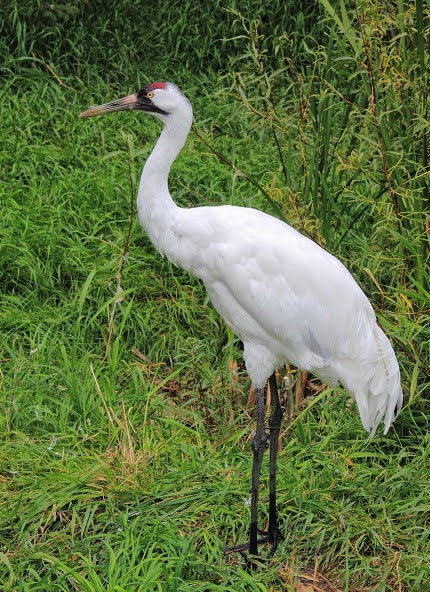 
Perhaps next year we'll see the cranes get well on their way.

(If you, like Miss D. and I, are interested in wildlife and conservation, you might wish to consider supporting Operation Migration.  They depend on people like you and I to continue their work of increasing the breeding pool of these highly endangered birds.  You can find more information at their Web site.)

(EDITED TO ADD:  Looks like they didn't get much farther today.  Oh, well - at least we managed to see multiple fly-pasts!)

Sounds like fun (Cold), and I'm afraid I wouldn't blame the birds one bit!