However, I didn't know that the World War II-era Type A-2 US Army Air Corps flight jacket had a predecessor, the Type A-1 jacket, issued for only a few years in the late 1920's and early 1930's.  Through a recent e-mail I was led to Good Wear Leather, a company that manufactures a modern version of it.  They state on their Web site:

The Army Air Corps first issued these jackets on November 7th, 1927, and they were non-standard after May 9th, 1931, being replaced by Type A-2 jackets. The stock was finally exhausted during WWII. 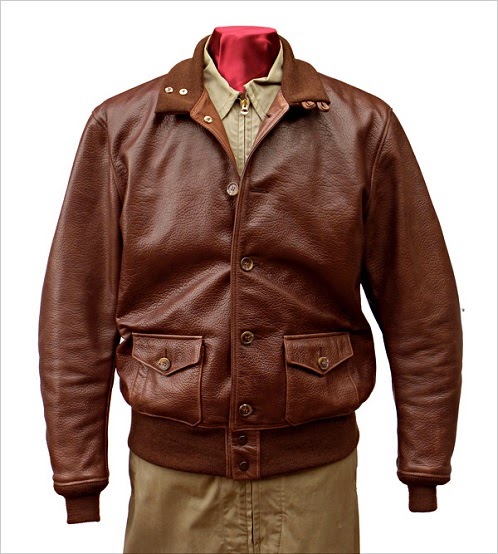 These jackets were made with capeskin, and examples seen are almost always brown, rather than the olive drab stated on spec sheets. 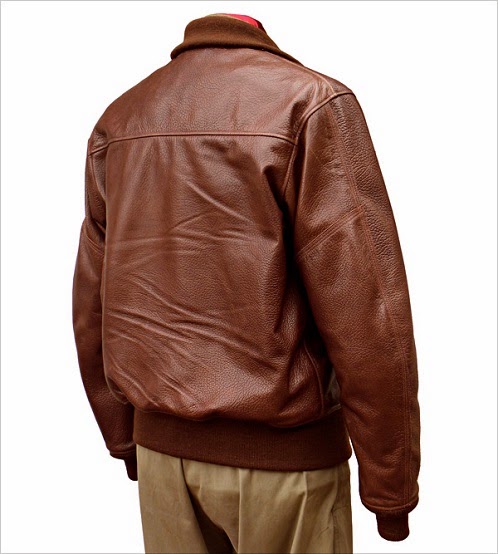 Original Type A-1 jackets were made by a number of contractors, and design details vary as widely as original A-2 jackets.

I was interested to see that the Type A-1 jacket appears to ride lower on the hips than the later Type A-2.  That was one of my biggest beefs with 'conventional' flight jackets:  they rode so high that one's belt line was exposed, so one couldn't carry a concealed pistol in one's waistband.  It looks like the earlier design would solve that problem.  Still, at a retail price of $1,299.00, there's no danger of my buying one of the modern versions anytime soon!

Nice, and agree with your 'issues' with the jackets.

I wouldn't/couldn't afford that either. I 'do' have a Luftwaffe jacket, an RAF Tornado jacket and, of course, a RAF WW2 sheepskin jacket (with matching silk scarf for when driving the Morgan).

All bought (not being a bryllcream boy I never got issue) at Silvermans.co.uk. Have a look, the Luftwaffe jacket (which rides a little lower than an A-2) is only £125 (MIG or French jackets there too).

Several firms make A1 jackets. Pop's Leather (which ISTR is Turkish) is very popular with some military aviators. Have a look at http://www.popsleather.com/prod_v2.php3?prod=10 - only $360!

40 years ago I had inherited my grandfathers generally similar leather jacket, but not military. Loved its hard leather shell. Never have seen one like it since.