That's the title of a fascinating article over at Vintage Wings of Canada.  It examines the abortive aircraft carrier programs of Germany and Italy during World War II.  None were completed or saw action, but one wonders what might have been . . . 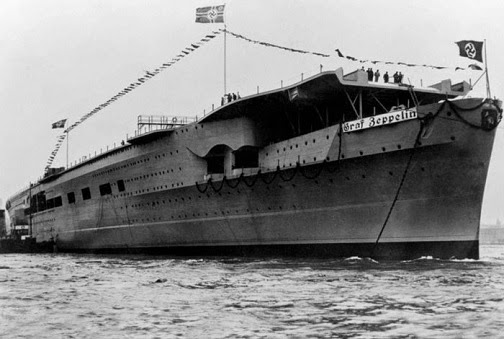 
I knew about the German Graf Zeppelin, but didn't know they had other irons in the fire too;  and I'd never heard of Italian aircraft carriers at all. 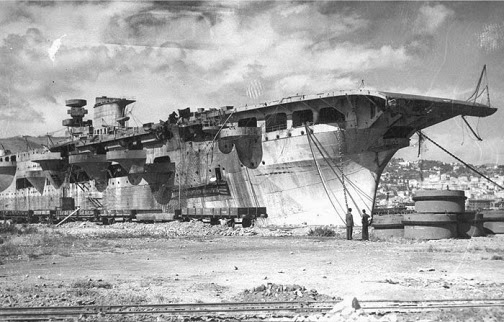 
The two powers also converted existing land-based aircraft for carrier service, and the article has many illustrations of them.  For example, Germany converted its Junkers Ju 87 Stuka dive-bomber, producing the Ju 87c model with folding wings, arrester hook and other naval modifications.  Like other navalized aircraft, it would have been launched by a pneumatic catapult from the Graf Zeppelin.  Here's a photograph of a prototype Ju 87c being catapulted off a barge in the Baltic during systems testing. 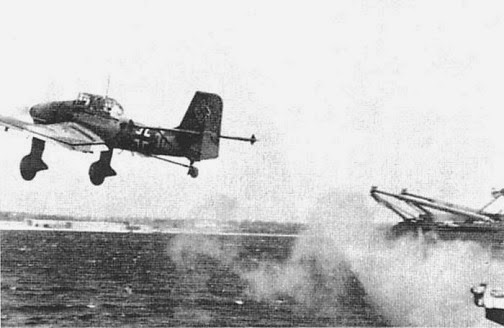 I wonder what the Germans would have done for a fighter. The 109's undercarriage was way too narrow to be stable during a carrier landing (me thinks). Maybe the FW-190.

Nope, I was wrong. Further down in the article I found pictures of a Mess. 109T.