I've been amused to see some rather remarkable photographs taken with cellphones, which display the 'rolling shutter' effect. According to Wikipedia:

Rolling shutter is a method of image acquisition in which each frame is recorded not from a snapshot of a single point in time, but rather by scanning across the frame either vertically or horizontally. In other words, not all parts of the image are recorded at exactly the same time, even though the whole frame is displayed at the same time during playback. This produces predictable distortions of fast moving objects or when the sensor captures rapid flashes of light.

This method is implemented by rolling (moving) the shutter across the exposable image area instead of exposing the image area all at the same time (the shutter could be either mechanical or electronic). The advantage of this method is that the image sensor can continue to gather photons during the acquisition process, thus increasing sensitivity.

Apparently most cellphone cameras use the 'rolling shutter' technique. The photographs of moving propeller blades on aircraft, shown below, were produced (quite unintentionally) using cellphones. 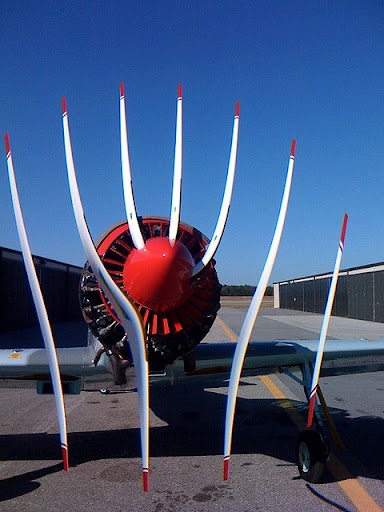 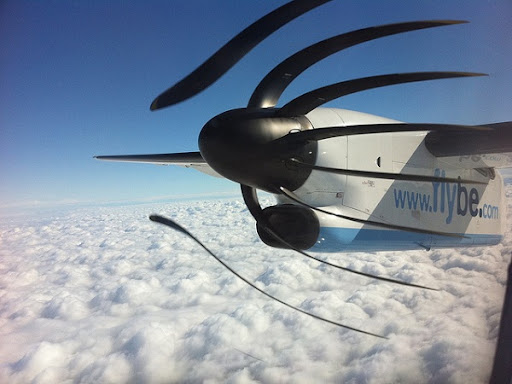 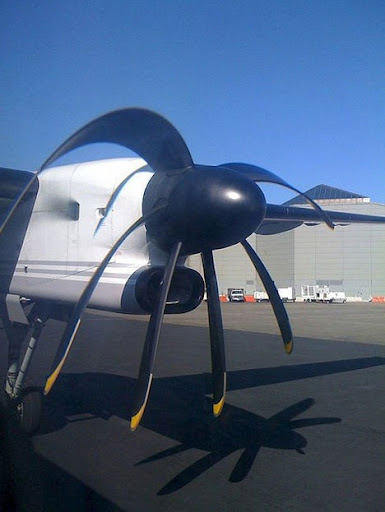 'Rolling shutter' effect can also produce strange images of other objects. A Flickr page shows some of the results. Interesting and amusing viewing.

Though not as dramatic, old timey photos sometimes show a similar effect. Early 35mm cameras from the WWII era (Leica and others)sometimes had focal plane shutters which worked by sweeping a gap between 2 curtains over the length of the film frame. Notably, the legendary Speed Graphic camera, in some models, had a similar mechanism, the curtains traveling vertically.

Is this similar to the cameras on Mars Landers? As I understand it, they use rotating mirrors to reflect the light through differnt colour filters onto three separate detectors.

Peter, check out the same effect in video!