Reader M. C. sent me this photograph today, which she'd apparently received via e-mail.  She asked whether it was real, and whether I knew anything about it. 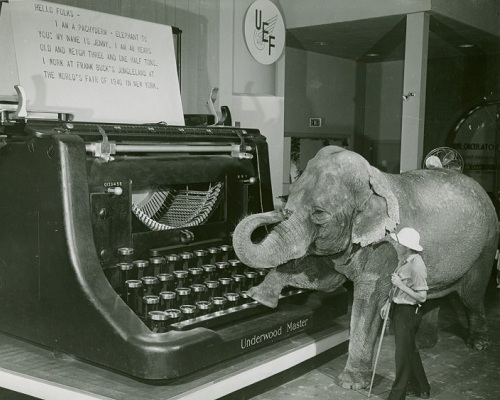 I didn't, and the text on the typewritten page shown in the copy she sent me was too small to read.  I therefore searched for matching images on the Internet, and came across an article at Retronaut showing several pictures of a gigantic Underwood typewriter made for the 1939-40 New York World's Fair.  Here's one of them. 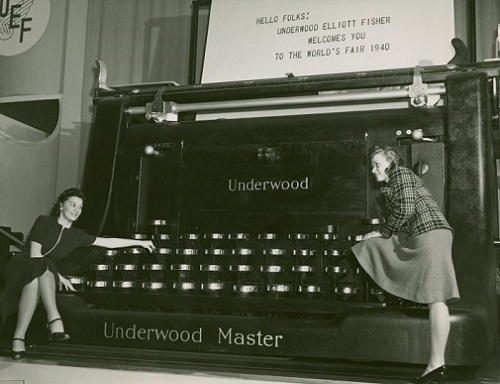 The article also included a larger version of the picture she'd sent me, which showed the typewritten text more clearly.  Using it to look for more information, I found that the elephant had been brought to the World's Fair by one Frank Buck, an animal collector with a flair for florid publicity.  He set up 'Frank Buck's Jungleland' for the duration of the Fair.  Here's a souvenir program cover, courtesy of Wikipedia. 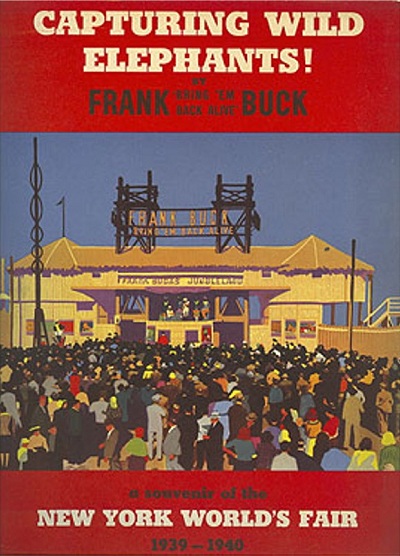 I don't know who thought of pairing a giant animal with a giant typewriter for publicity purposes, but they did.  So there you are, M. C. - mystery solved!

I mean who doesn't love elephants and typewriters? A winning combo indeed.