Last weekend, thousands of pro-Obama Twitter account users vowed to start a race war if Mr. Obama is not re-elected. Many pledged to burn down homes and shops. Laden with obscenities and racist language against whites, the tweets reveal the radical left’s anti-democratic, thuggish nature. “If Obama don’t [sic] win lets [sic] start a riot so Romney know [sic] what he’s getting himself into,” wrote one. Another tweet stated: “If Romney wins im [sic] goin [sic] on a rampage.” There were countless such threats, most of them much more vile, graphic and chilling — not fit for publication in a newspaper.

The establishment media’s hypocrisy is stunning. Imagine if the situation were reversed: Three weeks prior to the election, thousands of Romney supporters threatened to not only riot, but also assassinate the president should their candidate lose. The national uproar would be deafening. The New York Times, the Washington Post, National Public Radio, the Associated Press, along with Democratic media hacks such as Chris Matthews, Rachel Maddow, Brian Williams, Katie Couric, Diane Sawyer, Bob Schieffer, David Gregory and Wolf Blitzer (and many others) would be screaming for Mr. Romney and the GOP to disavow those comments. They would be right. Yet now, when it comes to threats against Mr. Romney, there is only silence.

I agree with him that the hypocrisy is breathtaking;  but I don't think this will be a widespread problem in more civilized parts of the country.  In cities and states where the so-called 'entitlement class' is deeply rooted, it may well develop into a local crisis;  but the rest of us are ready, willing and able to deal with it if it should arise nearby. 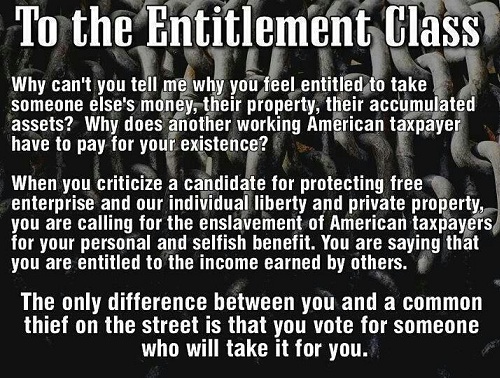 Anyone who tries to start a riot in my area is more than likely to be rapidly disabused of his notions by the local citizenry, with or without the assistance of local law enforcement!  This, of course, is as it should be in a properly civilized society, where citizens can be trusted to look after each other.

I'm chalking this one up to hot air. Seem to recall similar things being said during the 2004 election. Twitter simply represents an ideal medium for the craziest of the crazies to float to the surface. Have seen similar far-right wing fringe claims and I'm discounting those too. Some people just don't know how to express their feelings without hyperbole

I dont see much possibility of riots where i live either LOL .

Although I live in the People's Republic of Maryland, there are a lot of cops in my small town that have the attitude of "That won't happen here."

Won't happen here in Houston either. The Occupy Houston people were so flippin' pathetic a few years ago. There are also too many armed citizens. Come down my street looking to loot and burn, not gonna happen.

The perception of law and order and Constitutional living has been totally reversed within less than four years within certain groups. If we do not remove the current occupant of the WH this country will be in severe trouble. Can domestic terrorists be "rehabilitated?" Didn't think so