What's claimed to be the highest-resolution photograph ever taken of the ruins of Machu Picchu has been published by the Telegraph in London.  Here's a screen-capture at low resolution.  Note the peak ringed in red. 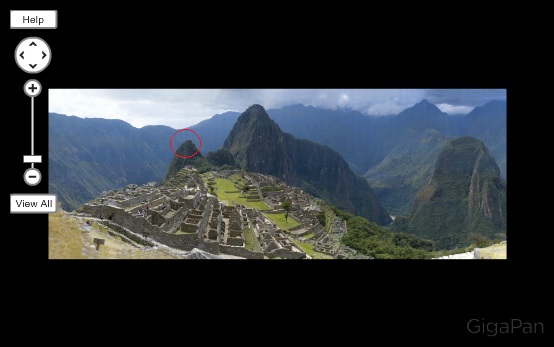 Now here's the same image, zoomed to the top of that peak.  See the man working there? 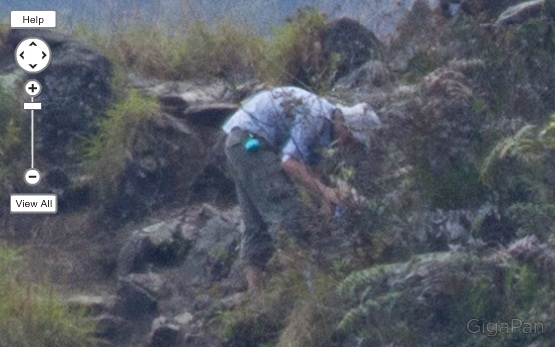 Yep . . . I'd say that's high-resolution all right!  The Telegraph reports:  "The online image was taken using a Canon 7D with a 400mm lens. It actually consists of 1,920 pictures taken using a robotic camera mount, which were then stitched together."

Click over to the Telegraph to view the image.  It's fascinating to be able to see various aspects of the ruins 'up close and personal', as it were.

That might be a little scary. Remember those photos at baseball games where the audience used to be scanned? And then guess who's, not married to each other and both supposedly at work, showed up alive and well eating hot dogs and popcorn? What sort of a garden? :)

see if you can find at least two heads floating around and one lady who left her leg behind...