It seems an enterprising do-it-yourself gunsmith has done precisely that!  In a detailed thread on Northeastshooters.com (language alert - there are a few naughty words flying around), the intrepid shooter describes (with the aid of many photographs) how he used the handle of a shovel to make the buttstock, then heated and beat the shovel blade into shape to form the receiver of the rifle. 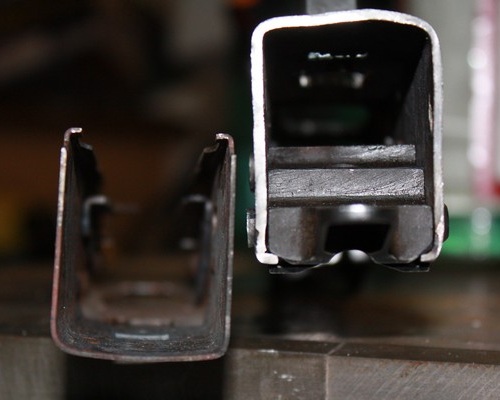 He commented, "Here is a pic of an AK receiver and Shovel AK receiver. The latter is almost 2.5 times thicker and it feels like a rock. S***, I tried to pound some dents out of the receiver and the hammer got dented, because in communist mAssachusetts receiver dents you!"

Here's the finished article.  I thought the hammer, sickle, and burning glass of vodka were very nice touches! 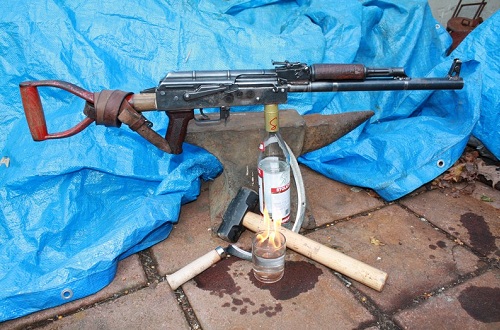 The weapon apparently shoots very accurately for an AK-pattern rifle (at least, he displays targets on the thread to prove it).  I'm in awe at his ingenuity and dedication!  Who'd have thought a shovel could become the foundation for a clone of an assault rifle?  So much for gun control!

Swords into plowshares, my ... fundament!

This is downright inspirational.