Pictures of the day


One of the features I most enjoy about the Telegraph in London is its 'Pictures Of The Day' section.  Each day it puts up a couple of dozen photographs submitted during the past 24 hours.  Some of them can be quite spectacular.

Today's edition is no exception.  Here are just three of the pictures included in it, to whet your appetite, along with the captions provided. 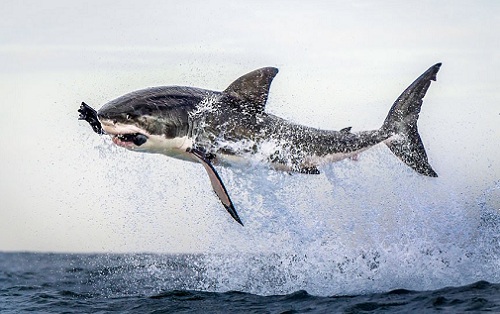 A great white shark leaps out of the water clutching a decoy seal in its jaws. The picture of the shark hovering in mid-air above the water was taken by Dana Allen in False Bay, off Cape Town in South Africa. Dana's team spent three days trying to set up the shot by using a rubber 'decoy' seal to tempt the sharks out. He said: "The strike, when it happens, takes just over a second, up and out and back into the water. If you flinch, you can miss it. We were getting ourselves settled, preparing for a long wait and then whoosh! In an instant the four metre great white shark was up and out of the water, right in front of our eyes. The water was streaming off its body and I pressed my trigger button. It almost seemed like slow motion and I remember seeing the eyes and the teeth as the shark leapt up." 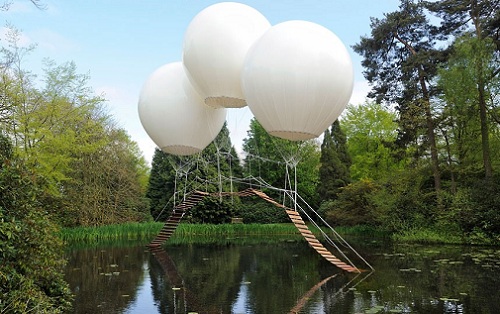 This beautiful floating bridge is held aloft by three balloons filled with helium. It was created by French artist Olivier Grossette for a 'Flights of Fancy' themed outdoor sculpture exhibition at Tatton Park in Cheshire, England. 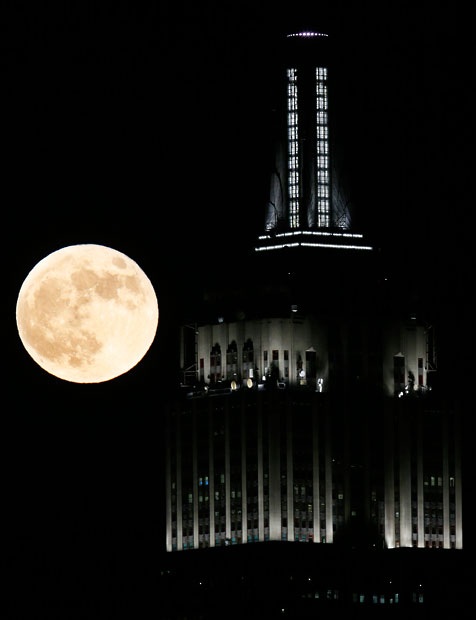 A full moon rises near the Empire State Building, as seen from Hoboken, New Jersey.

There are more (and larger) images at the link.  Recommended viewing, as are the back issues.

Kudos to the Telegraph for retaining this feature - and highlighting it on its Web site's front page every day - at a time when many other newspaper Web sites have abandoned or scaled back cultural and artistic sections in favor of more commercial approaches.