In an unique aviation milestone, Boeing has just delivered the 7,370th 737 airliner to be manufactured - a 737-800 model, to be precise - to Lion Air of Indonesia.  It's shown below (image courtesy of Boeing) on a test flight. 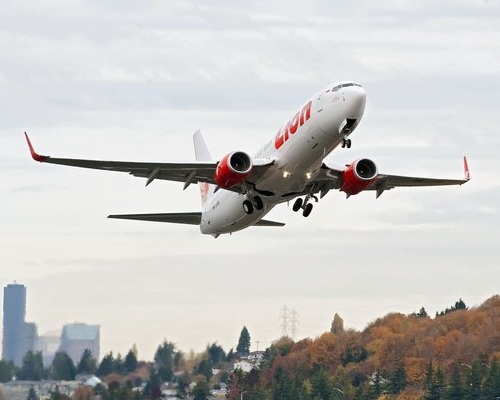 Boeing adds that total orders for the 737 now exceed 10,100, including over 700 for the new Max models (which are still under development).  I'm sure those who designed the first 737, back in the 1960's, never thought it would go on to become such a mainstay of commercial aviation.

I've flown aboard all those models.  The only 'Boeing' I've never boarded is the 717, which isn't really a Boeing airplane at all.  It's the model number Boeing assigned to the McDonnell Douglas MD-95 (the third generation of what began as the Douglas DC-9, a contemporary of the early Boeing 737) when it bought the latter company in 1997.

Congratulations to Boeing on yet another milestone.  I have no idea how many 737's will eventually be sold, but if it reaches 20,000 someday, I won't be surprised.

Actually, there are two Boeing 717 models. The first was the C-135/KC-135 series used by the US Air Force. Although very similar to the B-707, it has the slightly narrower fuselage from the original 367-80. It was never used in commercial service, but I'm pretty sure I've seen the data plates on those mark it as a Boeing model 717.

The second is the one you mention - the re-named DC-9 descendant. Although I've flown on DC-9 variants, I'm not sure if I've ever flown on one of the B-717 versions.

Today's fun fact is that Boeing currently produces one 737 every day. Think of that, and all the miles of cable, the electronics, the seats, the trim - everything that goes in one of those.

Now consider that those numbers are probably going to go up...

And the 737 airframe will be the basis for the Navy's replacement for the P-3 Orion.

And as far as I know, they are still built with the same crappy tooling that was created in 1963 for the projected 150 models they were going to sell.

Ever fly a B-377 Stratocruiser?

I did several times back in the early 50's and it was a honey.

My father was a Pan Am employee then.