New York's Grand Central Terminal was inaugurated 100 years ago on February 2nd, 1913.  A series of centenary celebrations are planned for the duration of the year, including a rededication ceremony tomorrow. 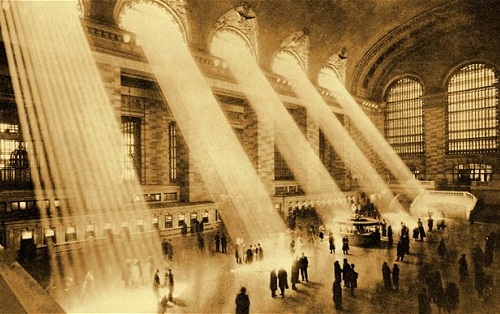 Grand Central Terminal in the 1920's

I was frankly amazed to learn some of the facts and figures about this building.  According to Wikipedia:


The Telegraph has published '100 fascinating facts' about the Terminal to celebrate its centenary.  Among them are:


There are many more at the link.  Interesting and entertaining reading.

One small quibble: Per the current Wikipedia article -

"...Each of the four clock faces is made from opalescent glass; the story that the faces are made of opal and that both Sotheby's and Christie's have estimated the value to be between $10 million and $20 million should be considered an urban legend..."