The F-16 gets a new set of electronic eyes


Two US manufacturers are competing in the retrofit market for AESA (Active Electronically Scanned Array) radars.  Hundreds of older fighter aircraft such as the F-16 Fighting Falcon are still in service, and could benefit from the superior capabilities of more modern radars such as the Northrop Grumman SABR (chosen by Thailand, Iraq and Oman) or the Raytheon RACR (recently selected by South Korea).  Here's the latter unit mounted on an F-16. 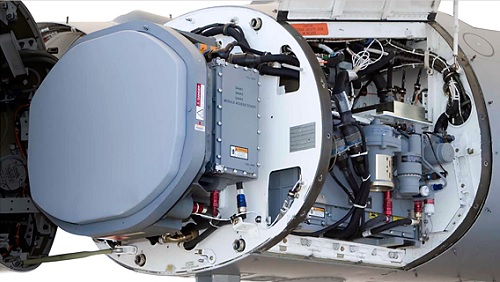 One of the most impressive abilities of AESA radars is their ability to use what's called SAR (Synthetic Aperture Radar) mode to map the surface of the earth, producing a very detailed and precise image for use in navigation and targeting.  To illustrate, Northrop Grumman has just released this (deliberately degraded) SABR-generated image of an airfield. 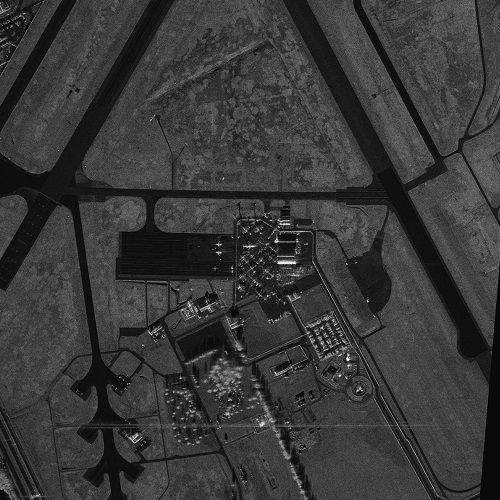 (Click here to see a much larger version of the image)


AESA radars can produce pictures like that day or night, rain or shine, clear or cloudy.  That's a pretty impressive extension of a fighter's combat abilities.  The image is so clear it almost renders it unnecessary to look outside!  It's also worth remembering that SABR and RACR are compact radars, restricted in size (and hence in their performance) by the necessity to fit into the nosecones of smaller fourth-generation combat aircraft.  Modern aircraft such as the F/A-18E/F, F-22 and F-35 carry much larger, more powerful and more sophisticated units.  For obvious reasons, no images of this sort produced by their radars have yet been published.

If they can tell you this.....what aren't they telling you?.

I have trouble believing that that picture was actually generated by a radar unit. The trees in the bottom center of the picture are casting shadows, and no radar can see shadows.

Roger, I'm no radar expert but it would seem to me that while radar can't see visible light shadows, it can create its own. Isn't radar essentially shining EM energy at things and recording what bounces back? If the object being shined at reflects those particular wavelengths then a shadow appearing behind it would make total sense.

Why have a pilot at all? Mount that on a drone and fly it remotely.